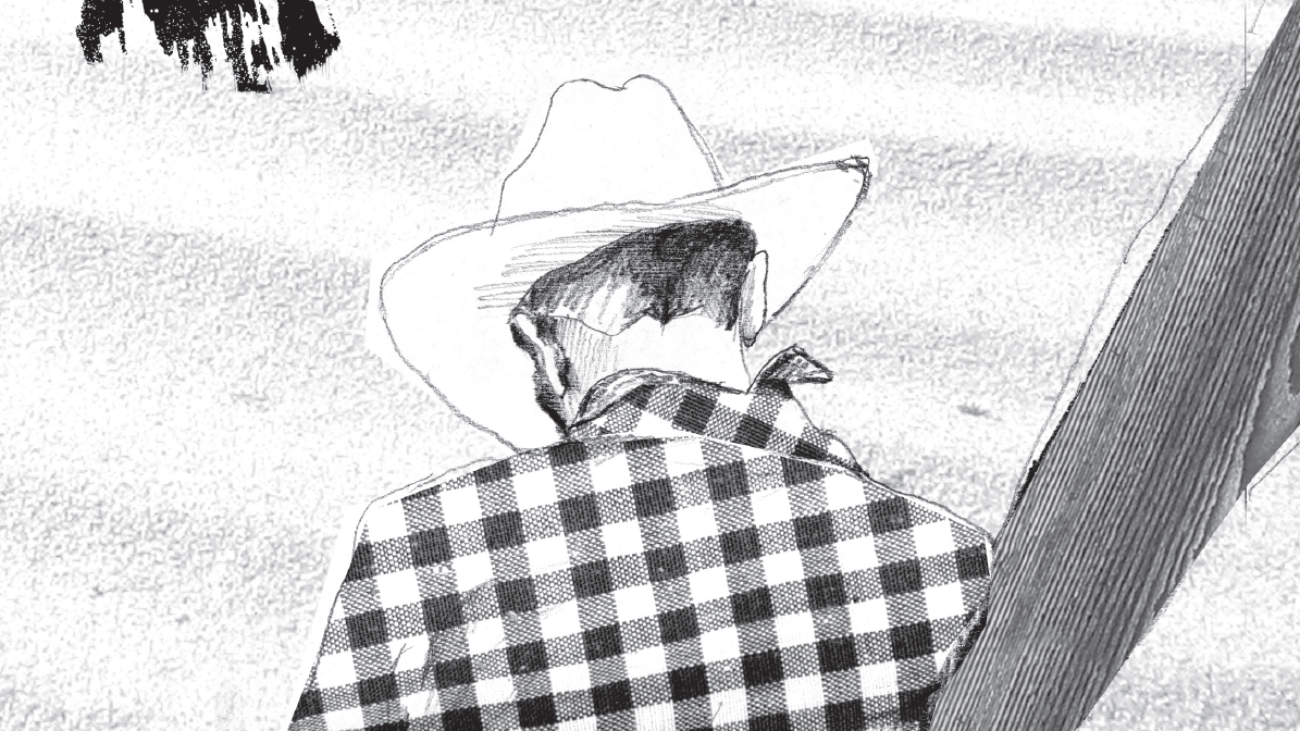 We come up in silence. In bright still air. That slight bleached out look which you get in dreams or cut-aways to the far off past. The quiet air of the country punctured softly by birds. Before us a field. It is a large brown field, wide and still, in the channels and rhythm of a recent ploughing. Across the ridges and troughs of its dug up earth, brought to the surface, tiny worms lie scattered. They are squirming a little in the sudden air, the colour of flesh against the dark new soil, thousands and thousands across the whole wide field. Near the eastern edge we see the ground is disturbed. There are marks of footprints, two sets side by side then a zone of chaos. Like a fight has taken place. There are no worms in this section. There is only the earth and the odd straggle of a root, tiny and white and thin like hair. In the disturbance of the soil two distinct circular dents stand out, a body‘s width apart, as though someone has fallen heavy to knees. There seems like there could be a pattern to the constellation of steps and the relation to the dents but it falls away. The sun all around is a flood of light, the angle of morning. The air is very still. Beyond the nearby fence sheep graze in groups, heads down to the grass. In the blue sky above birds start to descend.