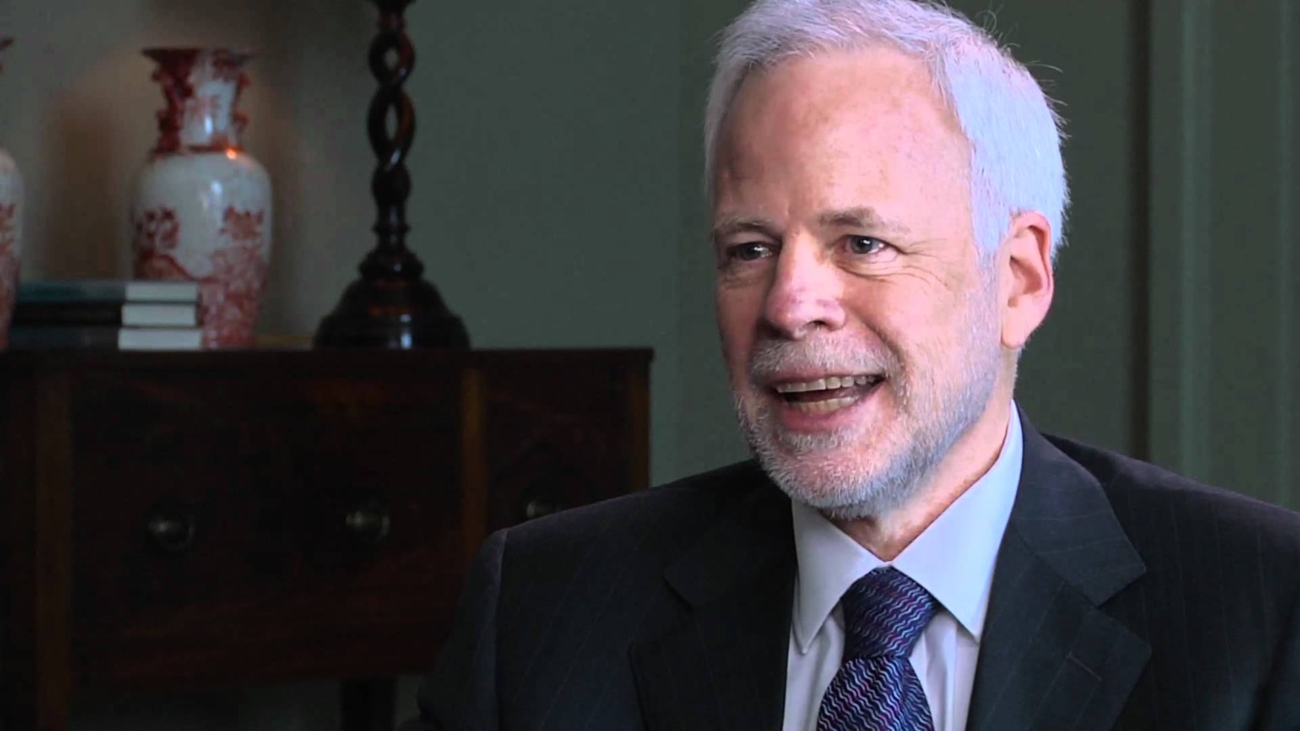 Lesson to be Learned

Barry Eichengreen is George C. Pardee and Helen N. Pardee Professor of Economics and Political Science at the University of California, NBER Research Associate, and CEPR Research Fellow. He writes a monthly column for Project Syndicate and periodic columns for Conjuntura Economica (in Brazil), Finanz und Wirtschaft (in Switzerland), and Eurointelligence (in Europe).

Pulse: Professor Eichengreen, as you know, Germans have a difficult history with inflation, and the memory of this plays out heavily in politics here. As you see it, are Germans correct to still be so worried about inflation?

Barry Eichengreen: Anyone who has spent time in Germany (I spent a sabbatical year there some time back) will appreciate that the hyperinflation of the 1920s is seared into the collective consciousness. Not unlike some of your readers, I can remember my father who grew up in Germany telling me disturbing tales of the hyperinflation.

But what is harder to understand is why, while memories of the hyperinflation and its political consequences are so vivid, memories of high unemployment starting in 1930 and its even more dire political consequences aren’t equally dominant. Chancellor Bruning’s policies of austerity and the unemployment to which they led resulted ultimately in the breakdown of democracy and then the greatest single tragedy of the 20th century. Given the economic pressure being applied to societies across Southern and Eastern Europe, partly as a result of the policies of austerity on which Germany insists, I for one wonder why memory of that 1930s experience isn’t equally fresh.

In Europe, we have reached a moment where many of our leaders think the only way forward is to achieve further (more encompassing and whole-hearted) unity in our political and economic institutions, and yet the consensus (in terms of the non-elites) is still not there. You’ve written about the relationship between ‘the creation of institutions’ and ‘the creation of consensus’: How do you see this relationship, as it is playing out in Europe today?

The European project has clearly been driven by the elites rather than by popular consensus, with the elites pushing economic, financial and monetary integration in the hope that political integration would follow – that public opinion would adapt and that closer economic relations would lead to the emergence of a European identity. That theory has always been problematic; complaints about the “democratic deficit” and an imperialistic Brussels are of long standing. At the same time, there is evidence of movement in the expected direction. Not a few young people I’ve encountered describe themselves as both German and European. Maybe this is product of low-cost airlines (themselves made possible by European integration), which allow young people to holiday by flying into secondary airports in other European countries.

Levity aside, it’s clear that the construction of a European identity, or consensus, is under strain as a result of the crisis. Crises are when ties are either deepened or broken. We will see which is the result of the current crisis.

How culpable is Germany in the debt crisis Europe now faces?

I’m not too big on the language of culpability. But it takes two to tango. For every reckless borrower there is a reckless lender. The Greeks may have borrowed too much, but someone lent them all that money. German banks and those who regulated them clearly played some role in the crisis.

I’m also not too big on referring to the current problem as a debt crisis. Greece clearly has a debt crisis: its government debt is unsustainable and is in the process of being restructured. But Ireland has a banking crisis: its banks were allowed to grow too large, and when its housing bubble burst all the bad bank debt migrated onto the government’s balance sheet. Italy has a growth crisis. The fact that it has high public debt is hardly new. What’s new is its inability to grow, which casts doubt on its ability to service that debt. The tendency to oversimplify the crisis – to reduce an interlocking set of debt, banking and growth crises to debt, debt and debt – is part of what makes it hard for European policy makers to mount a coherent response to their problems.

Have austerity measures (such as those imposed on Greece) helped or hurt matters in Europe? Would you advise us to focus less on austerity right now, or is such a way of thinking still necessary?

Some countries like Greece have no choice but to pursue policies of austerity. Their governments simply can’t go on spending like there is no tomorrow. But very sharp cuts in public-sector wages, in pensions, and in social services can rend the social fabric. They are causing severe hardship, and I worry about political instability. We are already seeing the rise of extremist parties with less than full respect for democratic processes elsewhere in Europe, in Hungary for example. That’s why I’ve been arguing for some time that if you want Greece to persist with the necessary structural adjustment and fiscal stabilization it should be offered a carrot as well as a stick. Greece needs a Marshall Plan, not unlike the Marshall Plan received by Germany after World War II. Foreign aid conditional on structural adjustment – on making sure that people pay their taxes, for example – could help Greece adjust and return to growth, just as the Marshall Plan helped Germany adjust and return to growth starting in 1948.

The other caveat I’d make about austerity is that austerity everywhere at the same time is self defeating. If Greece and other Southern European countries are now going to spend less, someone else has to spend more. Reducing budget deficits in Germany right now is of dubious efficacy, in other words.

Professor Eichengreen, we are interested in how you came to study economics. What led you to this discipline, and to the specific topics you are now so well known for? Is it something you knew you wanted to do from the beginning of your studies?

Since you have studied and have a deep understanding of Europe and its monetary history and economic relation to the U.S., perhaps you could help us understand: What made the Marshall Plan so successful, and what lessons from this can Germany (and Europe) learn for today?

The Marshall Plan worked because U.S. aid was conditioned on market-friendly reform, as I mentioned earlier. But it also worked because it required the recipients to work together. Recipient governments were required to coordinate their plans for using the aid they received, which started them down the road of European integration.

For many normal, working people here, as frustrated as we are at times by the EU, it is hard to imagine how the German market could exist alone again: At the end of the day, is the only healthy choice now one that involves a common market?

No question, Germany would be worse off without the single market. Exporting would be more difficult in a world where Germany’s neighbors were able to discriminate against its goods and where they were able to manipulate their currencies. The key to Germany’s economic success in the last ten years has been exports, and it is not just China that has been on the demand side. California is better off because we have a common market of the 50 U.S. states, and notwithstanding our difficulties here no Californians seriously contemplate its dissolution. I similarly think that Europe’s single market is too far advanced, and that European firms have gone too far in adapting to it, to turn back now.

How much faith do you put in the idea that there could one day be a “United States of Europe”(in terms of a working monetary union)? If we want to prosper as a common market, do you see any other model (aside from that of the United States) that we can look to for guidance now?

Europe needs stronger fiscal and financial institutions to make its monetary union work. It needs stronger oversight by the European Commission of national fiscal policies. It needs stronger supervision of banks by the European Banking Authority. It therefore needs a stronger European Parliament to hold these institutions of fiscal and financial governance accountable for their actions. It seems clear that Europe will move over time toward deeper political integration. But I don’t think the United States is a model. I don’t envisage a “United States of Europe.” As I’ve written elsewhere, the European project is sui generis. While Europe will move in the direction of deeper political integration, my guess is that it will stop short of federation. Notice also that I have obeyed the first rule of prudent forecasting: give them a forecast or give them a date, but never both.