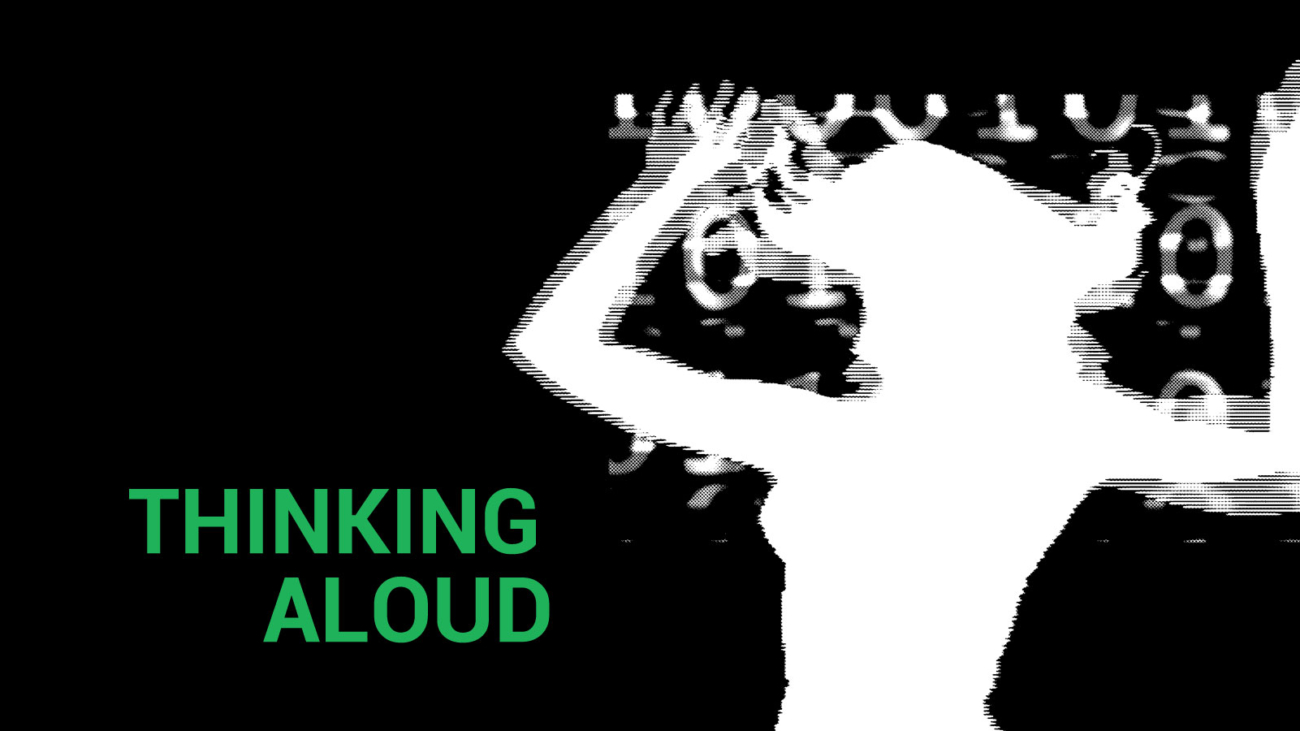 Translated from the German by ANNA ROHLEDER

For my meeting with video artist Jacqueline Goss, who is living in Berlin for a few months, I picked a pizzeria on Rosenthaler Platz. I brought a tape recorder along to record our conversation, but this was rendered almost useless by the noise of the traffic outside and the drone of an espresso machine. Those sounds were an appropriate sort of annoyance, however, given the issues that Goss deals with in her work.

Jacqueline Goss is interested in the symbolic power relations of translation processes and recording systems which are supposed to aid in understanding and orientation. Such systems, though complex in themselves, seem to promise a simpler future. Measuring, communicating and analyzing are the methods Goss both observes and uses in composing her videos. She uses all the known cultural techniques as her departure point, adding her private observations on scientific fields like genetics, cartography and writing as she goes. Her observations also function as critical commentary on the techniques they address. In so doing, these systems can also be interpreted as models for other, similar scenarios. The unifying element that brings the two levels of criticism and modeling together is either voice-over or an inserted text. The systems are described very slowly and indirectly. Her video piece “The 100th Undone”, a clear statement against stem cell research (which has only gotten the green light so far in Germany), is also a summary of the milestones achieved in biotechnology. Dolly the sheep (February 1997) begins that list. Soon after is the biotech firm Celera: by having put together the first copy of the human genome, Celera concretized the image of DNA as something book-like and readable. Later in the video, Goss is shown looking up all the entries for her own name in a phone book. Information related to various companies who have participated in stem cell research, as well as the number of their relative patents, is also added to the list. As the piece continues, Goss herself dreams of her mother’s murder, wants to undo it, but must first overcome level 99: “The 100th Undone.”
Everything goes.
In “There there square” (2003), a 7-minute Flash animation, the cartographic history of the United States is told in short bursts, and finishes at a place of particular personal meaning, a piece of land owned by Goss’s own father. At the beginning, the squares of the map are shuffled like cards, different Pantone color fields move over one another, spin, and then disappear. “Like everyone else, you look at maps a lot lately,” begins the hatshort subjective history along the edges of the map which includes all 52 states; its introductory sentence making a subtle reference to post-9-11 America. Goss continues thinking out loud: you do it the same way, “making the parts you know best bigger.” A cartographer going along the Tennessee border did it differently when he ran into the Mississippi further north than planned. He didn’t correct his route; instead, as Goss relates, he went along with it, stating: “I think I have found the American Way.” Perhaps it is subjective
desires and projections that actually determine the creation of territories. “The map expands to fill the square.” At the end, the camera zooms in on a point that can no longer be distinguished geographically. It is her father driving past his own piece of land in order to see how it appears to others. The viewer might then see distance as a means to achieving objectivity. This symbolic statement not only points to the overview-regime of the cartographer, it also draws metaphorical attention to the actions of many current political decision-makers as a whole.

Moving to another historical stage: as part of Stalinist imperialism in the early 1920s, one newly created culture collided with an older one. At that time, the Russian psychologist Alexander Luria traveled from Moscow to the Uzbek Ferghana Valley to interview the Muslim population living there. He wanted to investigate the influence of new literacy programs ordered by Moscow on their logical thinking processes. Luria published the transcripts much later in his book “Cognitive Development: Its Cultural and Social Foundations” (1976). Using these interviews, Goss created her piece “How to Fix the World” (2004). The interview subjects in the video appear clever and crafty in the way they interpret and evade the tasks they are given. In the video sequence “Studying the Writing of Lenin,” a lecture hall is shown in which students are gathered, bending over Stalin’s writings. An animated circle moves over the scene like a magnifying glass, changing the Roman letters into Cyrillic characters. Goss scans documentary pictures and translates their messages. In the middle of the video, an encomium to Stalin is recited called “Be immortal, great Stalin.” In contrast to oral relativism, this constructed text is an extreme example of literalness.

Political indoctrination also becomes apparent in a concrete question and answer situation. As to whether all people are equal, an old man replies as though quoting from party literature that he only sees a difference between land owners and workers. In “How to Fix the World,” Goss reminds us of the role that language plays in the attempt by governments to influence the future of their own country as well as that of other countries. Even the laconically formulated title of this piece is a reference to the intention, as crass as it is absurd, to change cultural prejudices. Using a nonsense phrase to illuminate the sinister use of propaganda to twist the truth, the video ends with a chorus intoning, “Precious metals do not rust. Gold is a precious metal. Do precious metals rust? Precious metal rusts.“

Goss’s work tends to question the creation and sustainability of the facts and rules that surround us. Currently, she is working on a video piece about the meter, the European standard of measurement. For this piece she traveled through France, as France is the country where, at the end of the 18th century, the meter was first derived from a piece of brass of that same length, and which can still be seen today in Paris.