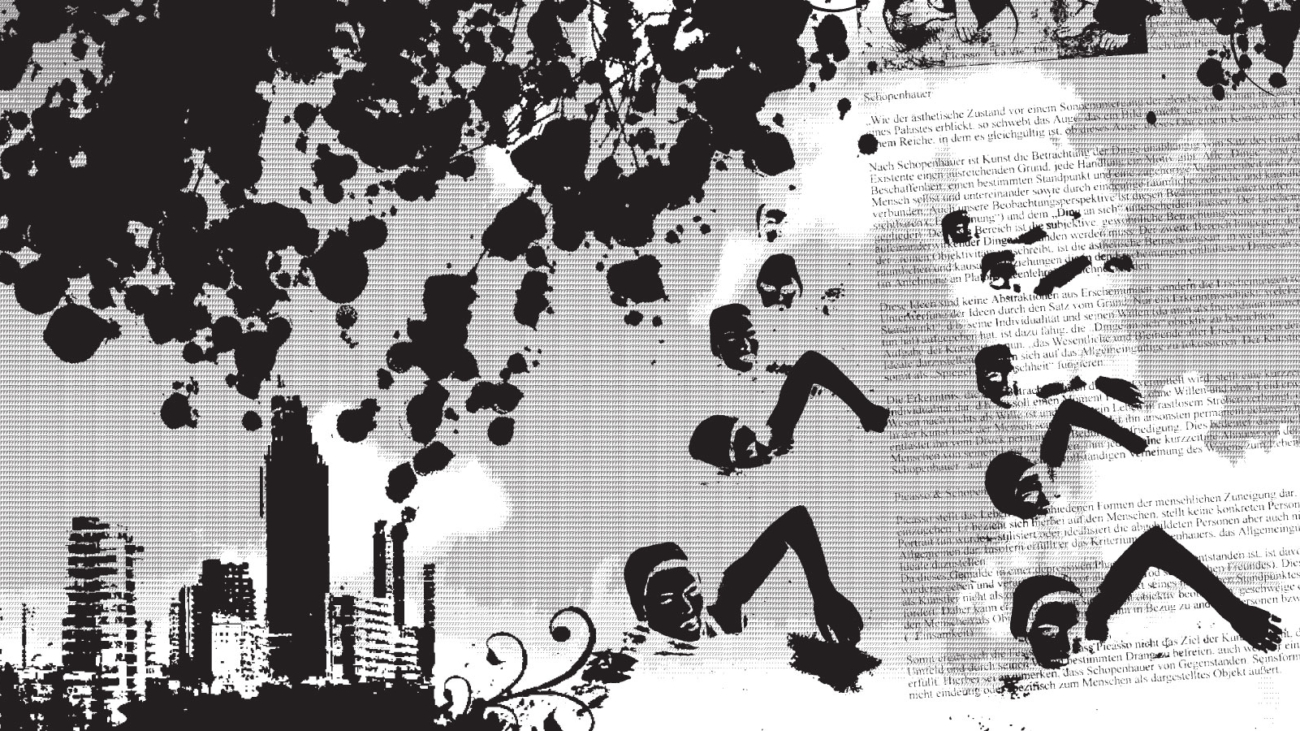 It’s hard to get into a discussion about the arts these days without also getting into a discussion about culture and cultural theory – but what do we really mean by these terms?  Is cultural theory a discipline in the same way we consider philosophy or sociology to be a discipline, or does it swallow and include them?  Is culture made from tradition, ideology, geography, creativity, or from something spiritual?  Can any one term encompass such a mass of potential uses?

PULSE: What is the difference between “culture” and “cultural theory”?

FORNÄS: The concept of culture has an immense range of meanings in current discourses. No definition is more “correct” than the others, and several ways of using the term are even difficult to do without, from the ontological relation of culture to nature, via the anthropological ways of living of various peoples or subgroups, to the aesthetic practices and institutions of the cultural sector.

Each of these perspectives on culture also has its deficits. The traditional aesthetic view of culture as confined to the arts and perhaps also entertainment is still used in much of cultural policy but fails to take into account the aesthetic forms that are produced and used in everyday life.  On the other hand, the widespread tendency to divide the world into discrete cultural units called “cultures” – which is inherent in much of identity politics and communitarian theory – easily leads to a very problematic hypostasis or reification: “a culture” as something unitary and homogenous, sharply distinguished from other cultures.  It is true that certain human practices strive to form these kinds of strict communities, in various forms of fundamentalism and sectarianism for instance, but there is always a leakage between such categories and I am suspicious of political claims that focus on such collective labelling.

The first widespread anthropological definition of culture was formulated by Birmingham’s Raymond Williams in his early book Culture and Society (1958) as “a whole way of life” in opposition to an elitist conception of culture as confined to the fine arts.  This formula became very popular in early British cultural studies.  By the end of his life, however, in Culture (1981), Williams became convinced that this definition, “derived primarily from anthropology”, was not really useful, at least not for “highly developed and complex societies” in which “there are so many levels of social and material transformation that the polarized ‘culture’–‘nature’ relation becomes insufficient”.  Instead, he preferred to see culture as a “realized signifying system”.  This is in line with the concept of culture that has been used in hermeneutics by Paul Ricoeur, among social anthropologists such as Clifford Geertz and Ulf Hannerz, and also in cultural studies by Williams’ successor in Birmingham, Stuart Hall.

I too prefer to regard culture not as any fixed unit but as a level of interaction in human society constructed and reproduced by processes of communication. To me, cultural theory is simply the open set of theories that focus on this level of interaction.  It takes the symbolic realm of meanings and interpretations seriously, focusing on the triangular interplay between multiple texts, subjects and contexts whereby processes of interaction and interpretation give rise to meanings, identities and social worlds.  This hermeneutic understanding, inspired by Ricoeur’s work, is for me the most useful ground for understanding culture and cultural theory.

Do you think there is a point where the study of culture (the consciousness culture has of itself) and the creation of culture touch?  Do you see this relationship as traditionally dialectical, or as something more parallel or linear?

This has been understood as a basic difference between human and natural sciences, in that only the former (humans) can become part of their own object of study.  This dichotomy has been somehow softened in recent decades.  From the Heisenberg uncertainty principle onwards, modern physics is actually less sure of the independence of observer and observed, and with biology and genetics, the line is even thinner.

From the other side, Ricoeur’s late modern critical hermeneutics deconstructs the absolute difference between explanation (Erklären) and understanding (Verstehen) that Wilhelm Dilthey once made the basis of a radical epistemological difference between the two academic spheres.  In all spheres of knowledge, interpretation is always a spiral movement between these two moments: the synthesising creativity of understanding and the analytical validation of explanation.  But of course this dialectics is particularly apparent in the study of culture, since scientific work can itself be classified as belonging to precisely this sphere.

You ask if dialectics, parallelism or linearity is the best term for this relation between culture and the study of culture. What I just said contradicts any idea of parallelism, in that culture and science are never completely separated. It is also hard to conceive of this relation as a unilinear one. It is obvious from a kind of materialist perspective that changes in cultural life affect cultural theory. Modern cultural theory is not possible without modern society and its cultural forms – including that of cultural research.  But the reverse direction of influence is just as manifest because cultural theories belong to the self-reflection of societies.  They are quickly integrated in the repertoire of concepts and models for self-understanding that in turn make specific forms of cultural practice possible or dominant.  So, yes, the interrelation may be conceived as dialectical – though a more open-ended kind of dialectics, more Benjamin than Hegel, in that the two societal praxis fields influence each other mutually but never really give rise to any kind of reconciling synthesis.

It seems that the artist’s consciousness of cultural theory has grown over the past ten years.  An example of this would be the fact that many art bookshops (Tate Modern in London for instance) now carry a wide array of books on “Cultural Theory” and many artists, writers, and filmmakers now read Derrida or Bhabha or Deleuze as a means to, or even explanation of, their creations.  How do you think the artist’s consciousness of cultural studies has changed in the past few years?

There have always been crosscurrents between artistic and scientific work. Still, you may be right that the intensity and complexity of this interaction has increased. One sign is the many efforts to develop new forms of artistic research or mixtures of artistic and academic forms of study. In the field of media studies, there is a similar blurring of the borders between academic and journalistic research.

It is in any case fascinating to see how fast concepts from cultural studies move into public debate. For instance, young people quickly incorporate ideas of identity work, subcultures and moral panics into their own self-understanding and self-presentation. Avant-garde artists are also quick to assimilate poststructuralist terminologies, and exhibition catalogue texts seem often to be almost directly copied from the writings of Jacques Derrida, Gilles Deleuze and Homi Bhabha. This has surely happened since long, but the speed of such processes may be accelerating, as well as the intensity and breadth of these exchanges. There are not only strong links between science and the fine arts, but also between high theory and low culture.

This may possibly be interpreted as a facet of the increasing reflexivity of society. Reflexivity has several different aspects.  One is the general tendency for society’s institutions and practices to be increasingly geared towards solving problems created by themselves rather than overcoming obstacles of an external nature. This societal or contextual reflexivity has been discussed (though not under this precise label) by Ulrich Beck, Anthony Giddens and others. Another aspect, analysed by Thomas Ziehe, concerns the individual subjects who are increasingly self-referential, i.e. feel an increasing urge – and have growing capacities – to thematise their own identities. This subjective reflexivity in turn interacts with what may be called a media or textual reflexivity, discussed by Linda Hutcheon, Jay David Bolter and others, whereby mediated texts and genres increasingly thematise each other, increasing the awareness of their own mediational character, developing a kind of self-mirroring hypermediacy. Culturalisation thus implies a “reflexivisation” on all of the three levels – the contextual, the subjective and the textual.

In Cultural Theory and Late Modernity, you write:  “All communication is a meeting around common understandings, but it is also always a conversation between voices which are necessarily different.” In your opinion, what part does the recognition of differences play in cultural theory?  Do you believe the study of culture can lead people of differing traditions to a more peaceful coexistence?

These words seem too big to me these days. There is a kind of inflation in good will making me a bit hesitant to subscribe to such grand slogans.  I do welcome this intention of recognizing difference, but there are also many ways to misuse such slogans. Take for instance the European Union with its motto “united in diversity” and its many efforts to explain how the EU wants to create peace, love and understanding in the world.  I definitely favour such intentions rather than any clash of civilizations or defense of an empire’s greatness against its neighbours. But there is much self-delusion and hypocrisy in such declarations, and it may often be good to inject a grain of salt by retaining a critical distance and never forget how cultural theory is also deeply implicated in power games at various levels.

Still, I do still stand for those words you quoted.  It is interesting to note that whereas, on the one hand, the term “symbol” derives from words denoting something thrown together – the combination of a sign and what it signifies – the term “discourse”, on the other hand, signifies something running apart.  If culture and communication are defined by something intersubjectively shared (from interpretive communities and generic codes to specific textual bodies), then it is important to understand that they would have no purpose if there were no (social as well as textual) differences. There would be no sense in dialogues between identical interlocutors.

But from this to any belief that cultural theory could save the world from racism or war is too long a step. The reflexive dialectics between theory and practice mentioned before imply that theory shares a responsibility for the course of the world but not that it is the sole saviour of mankind. This would be a gross exaggeration of the role of cultural theory in society.