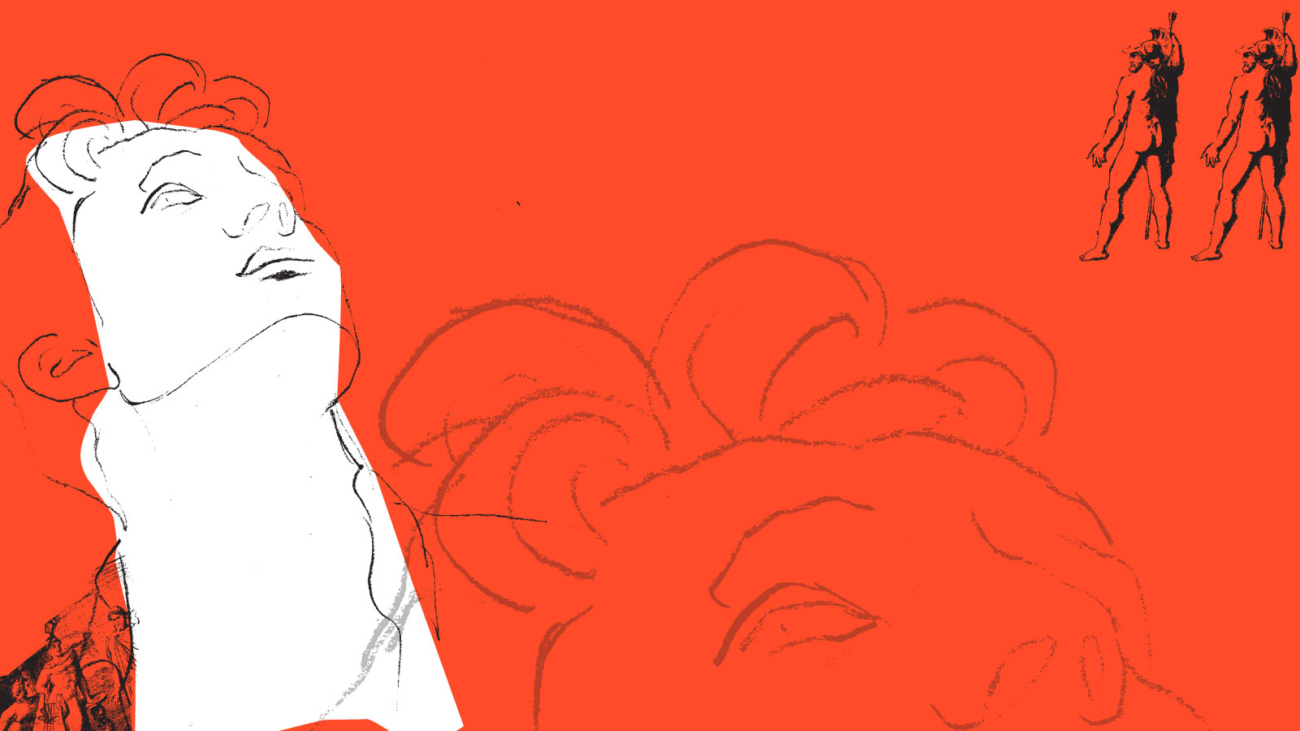 An interview with Cambridge author Simon Goldhill about how the ancient world still influences modern lives.

In the opening chapter of Love, Sex, and Tragedy, Goldhill asks the following questions: “How does the past form our identity today?  How much are our sexual desires and our perceptions of our bodies the product of cultural expectations…?  How should we understand the role of religion in society, especially with regard to marriage and family? What does it mean to be a citizen of democracy?”

By tracing back our modern conceptions of these questions to their Greek and Roman origins, Goldhill ultimately finds that there are a few things (love, sex, religion, politics) that we have always used to define the relationship between our selves and the outside world.

Pulse: Was the West the main audience you had in mind while writing this book?  Can understanding our past help us be more tolerant of differing cultures?

Inevitably if you write in English and come from Cambridge, your main audience will be the English-speaking world. And it is specifically the West‘s understanding of itself and its past that I am addressing. However, a lot depends on what you think of as the West: South America? India? Australia? Part of the understanding I hope for is a political understanding of a term like “democracy” which directly affects how the West interrelates with other cultures. I am also interested in the West‘s own fictions of its past – which have been crucial in forming imperial attitudes. I think understanding one‘s own culture is a crucial part of understanding oneself.  At the same time, I am deeply suspicious of nationalism, which has so scarred the 20th century and seems likely to scar the twenty-first as well. Still, an understanding of our origin might give us a critical distance from any more murderous commitments to nationalist myths.

We live in a world where information and possibilities seem infinite.  Many people feel overwhelmed as they attempt to sort through these choices and piece together an identity.  Can this problem be traced to our ancient roots?

There is a great deal of information these days, but how much of it is reliable, informed, and significant? The intention of “Love, Sex, and Tragedy“ is to talk about forgetting as much as remembering the past, that is, to talk about how a willful ignorance has been as important as a conscious invention of the past when it comes to how we construct our cultural identities, as well as in helping us to see the hidden forces that create those identities. For instance, it is fascinating for me to see the degree to which Christian attitudes are adopted by many who do not think of themselves as Christian, and do not realize the polemical force of those ideas. The world we live in has deep roots in the past, but at the same time, the way people in the past thought about such basic ideas as “the person“, the “self“, “relationships“, and “community“ is often profoundly different from today. Trying to trace the dynamic between difference and similarity here is the job of critical thinking.

Many international problems today are products of one culture’s desire to protect its history and to have that history respected by others.  Can identification with our past be harmful?

Understanding one‘s own history – as opposed to adopting one form of the past as an ideology – should make anyone more aware of the contingencies of one‘s own beliefs. This for me is not a weak liberal doubt, but a strong sense of self-critique. Being “open to diverse histories of others“ does not mean, however, being uncritical of the Other. It is a sad fact that many oppressed groups (and many others too!) invent naïve and ideological versions of their own past, which become naïve and ideological oppressions in themselves. One should read the past critically, read the claims about the past even more critically, and remain constantly aware of how the past is a source of manipulation as well as authorization; ideology as well as identity; distorting violence as well as cultural strength.

One of the questions you pose and discuss in the book is: how much are our sexual desires and our perceptions of our bodies the product of cultural expectations, or a true sign of nature?  First, could you define what you mean by “a true sign of nature”?  Secondly, do you think that by understanding the cultural roots of our ideas about what is and is not attractive, we might be able to be more comfortable with the (often unattainable) ideals expressed in modern society?

By a “true sign of nature“ I mean the fantasy that an idea of the body or of sexual behavior could be fully and completely and truly grounded in nature. I call it a fantasy because all our ideas of nature are culturally produced. The trouble with self-awareness is that it doesn’t always affect how others treat you! That is, you can be aware of precisely how cultural models are produced, but if you are constantly treated as ugly, then that also has an effect on you. But at least you will know why… Is that more comfortable? Perhaps. I am not sure my aim is to make people more comfortable…

I think looking at the past‘s polemics and their continuing influence can open a space to think critically about what we mean by such central terms in our lives. This in turn may produce different forms of relationship, and different sets of attitudes. It is a slow process, but it is already happening. I do not know if the new forms will be more truthful, but there is at least a chance that they will be less distorting.

In your opinion, how is our current understanding of Democracy different from the way it was perceived in ancient Athens?

Our understanding is completely different in that we do not understand the importance of participation. Direct democracy demanded the involvement of citizens at all levels. Aristotle defined the essence of democracy as the duty/right to hold office and to bear arms: that is a democrat must be part of the political system and fight for the state. The principle of ancient democracy is that a collective of citizens will together make a better decision than one human. We have adopted the Platonic critique of democracy and think we need experts to make decisions for us. But what are the criteria for the politicians‘ expertise? How do we test it?

Aren’t we always having a conversation with our past by comparing how it was to how it is now? Isn’t that how we try to find our balance?

Yes, we must be in conversation with the past. Today, the buzz words of so much modern political and educational thought are “relevance“, “progress“ etc. By which is meant having less and less real knowledge about the past, and thinking that only things “like me“ count. So we are constantly told that young black girls need to read books about young black girls. I find this a horrific disempowerment. (They should be reading “Antigone“!) It is also a failure of thinking about the other creatively. Thinking properly about the past should force one into recognition of one‘s own otherness. It should also bring you into contact with what you are not, so you can explore the boundaries of what you can be.