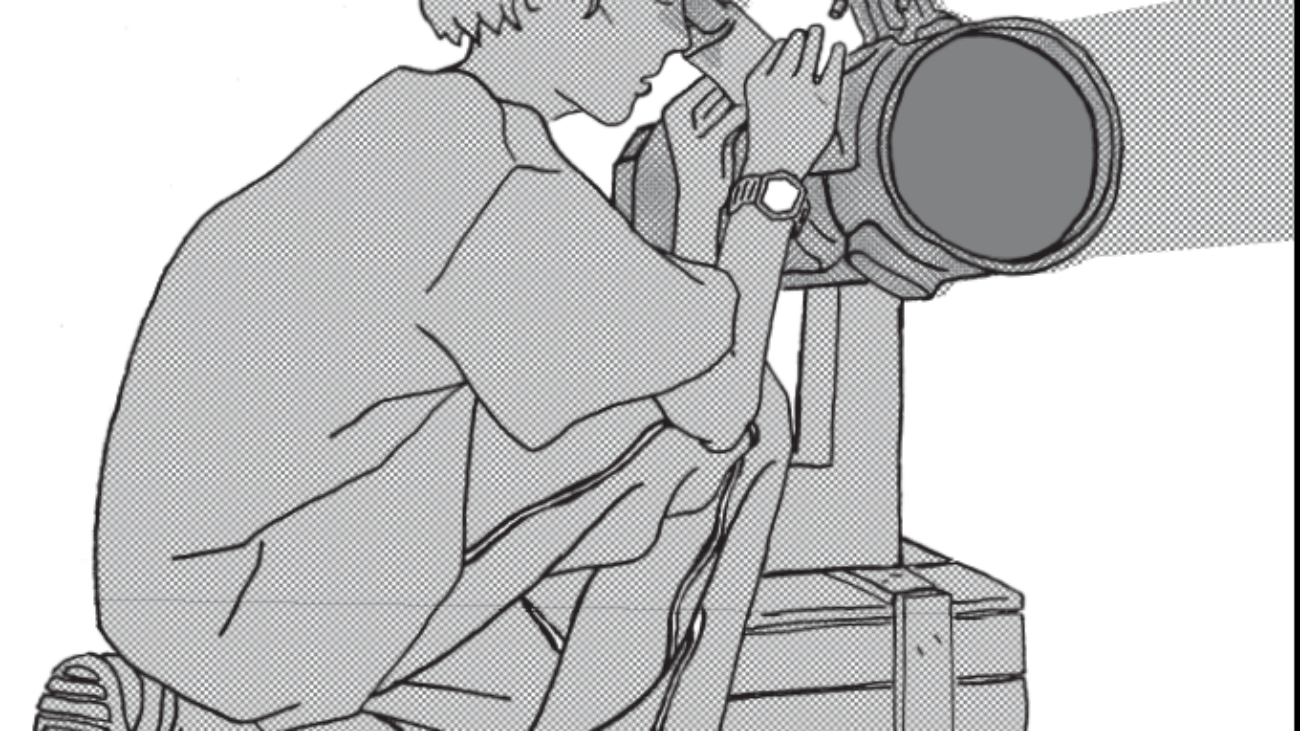 As the mathematician Claude Elwood Shannon once suggested to his colleague, “if you’re having trouble naming a concept call it entropy, as nobody knows what entropy really is and therefore in every discussion you will start ahead.”

Experts have striven for years to find the correct definition of entropy but with poor results. Fortunately, instead of delimiting the problem they are continuously providing us with new and bizarre themes for debate. It is this difficult delimitation of the semantic boundary that induces us to continue committing ourselves to interdisciplinary discussions of the nature of evolutionary direction and its application to art, science and simple daily life.

Entropy first originated with the notorious second principle of thermodynamics, a principle that asserts that a machine, in order to produce work (or energy usable for practical purposes), has to spend a quantity of energy higher than that eventually produced. So it produces less than it takes in because during the machine’s evolution, as in any thermodynamic system, it loses something: a part of its energy turns into a useless form. Entropy has thus been defined as the quantity of life lived by a system (or the quantity of death created by a system during its existence). Entropy is deterioration. It is the heat given off “in chaos” or outside of a system’s understood limitations. It is a term used for the measurement of disorder “produced” as well as a marker of the “absolute zero” or “rest” state. Conceptually, entropy represents the direction towards which a thing evolves. It is the developmental grade of a system, yet it also quantifies that developmental grade by the measure of energy dissipated during a system’s evolution: it represents a loss of order and potential. Entropy, while inseparable from evolution, is simultaneously the disorder created by its process.

Such scientific theories of disorder left many believing that all things were headed for an unavoidable extinction. To put it in simple terms, people thought that if a system (such as the universe) loses a little energy with every action, then soon its energy would dwindle to zero, absolute rest and nothingness. What they couldn’t quite see at that point was the possibility that the ‘wasted’ energy of a system might not entirely disappear but a part of it could be useful in forming and preserving other systems. Evolution, by definition, does not “end”.

We usually think of disorder as something negative. Disorder may, in fact, be negative (harmful, destructive) but its effect does not end there. Often times it is by creating more disorder that we find another order. For instance, if you are having trouble with your lover, you have a situation of disorder in your life. But it may be the case that only by leaving your lover – therefore creating more disorder – are you able to find a new direction. In this sense, it becomes interesting to look at the entropy of a system in a wider context. Perhaps then we can find an understanding of entropy that is relative to the direction and evolution of a (our) life.

Evolution of life is generated by the exchange of genetic information, information that tells how a living system will develop and in what direction it must head to stay alive. A more elegant definition by Gatlin asserts that ‘life may be defined operationally as an information processing system – a structural hierarchy of functioning units – that has acquired through evolution the ability to store and process the information necessary for its own reproduction’.

So information, or in-formation, means to order a configuration that is not yet ordered, to give something an identity or a shape, to provide direction for the directionless mass. This definition of information leaves us with the concept of order. Information, in a sense, is order. We define or recognize structures because of this sense of order. It is the same process by which we make something familiar out of the confused visuals of a cloud in the sky. After a moment spent observing the cloud, we often distinguish the shape of an animal or some other object. We see a structure by mentally ordering the “prior” blob we’ve named cloud. We put the situation in order, in-forming the animal or object we now recognize in the cloud. Information is the essence of the connection: its energy is taken from an aim that holds the structure together. Life is information producing a significant configuration. We tend to place importance – whether consciously or not – on making the order appear in things, finding the pattern or organization we assume is inherent. The aim is where the significance is found. The aim is the process, the energy, the information, the meaning inside the mass.

If order is the presence of structural roots that define purpose for us – if it is a formal composition, a structural coherence formed as an ensemble of myriad parts – then disorder is the dissolution of familiarity, the inability of structural coherence, and the lack of coherent correlation between the parts and the whole. In other words, disorder is the dissolution of the functional contents that define a structure. But this does not necessarily mean that one structure’s disorder is the end of the entire system: disorder is also the most favourable condition for creating an entirely new order. We might see this process as one system dying and another appearing in its wake. Or we might see the entire process as a system with one order collapsing into the creation of a new order.

Let me give you an example . Imagine you want to give a gift to your nephew and you present him with a new wooden tricycle. Imagine also that your three-year-old nephew likes to take things apart as soon as he gets them, thus he will (with a scientifically provided finality) destroy the tricycle. But what does this mean exactly?

At first, the object is ordered. It is a system called the tricycle. Your nephew produces the first level of disorder when he breaks the toy into two separate parts. With just this one break, the toy has become two useless wooden pieces that are now unrelated to any common action. With his action, the tricycle is modified and looses its identity and function. The system is no longer ordered. “Tricycle” no longer exists.

But leave entropy to its course (and leave your nephew to enjoy himself) and soon the situation will reach an even higher level of disorder. Your nephew will continue his work on the system, breaking the toy into a multitude of molecular particles. Soon you will obtain an ensemble of parts with the potential of being arranged into an infinite number of toys, and thus we have a chaotic situation easing the birth of a new configuration, just as the cloud in the sky allowed for the visualization of numerous shapes.

Commonly, this would be seen as a system that became disordered, lost its status and then ended: there is no more evolution for the tricycle because the tricycle (the system) is dead. But what actually happened was that the system lost its old order and gained the potential for a new one. From this we can see that a disordered situation, one in which an ordered configuration of parts is lost, allows the creation of new structural information. We can also deduce that the continuance of this ‘in-forming of new significant structures’ is predictable, probable and desirable when considered through the lens of aim. Your nephew had fun destroying the system and created a new system that was just as productive. In this sense, if your aim was to give your nephew a toy, then the aim has been met. If your aim was that your nephew enjoy the mass as a tricycle, then your aim was not met. In this way, it is not a matter of a system dying but of a conversion of order. And it is the aim which carries the weight of success or failure. The system itself continues regardless of that aim but the aim carries the subjective judgement.

Just as with the tricycle, disorder does not mean the end of everything but rather an infinite set of new beginnings. This breaking down is as relative to evolution as any building up of order. It is the aim – or we could even venture to say the attitude – that sees this process as positive or negative. The process itself is neutral: it continues by way of entropy, disorder being the change of one order into another.

But how does this relate to our own lives? How do structure, order, and their connection to entropy relate to personal life and evolution?

Perhaps growth and personal evolution are more a matter of aim than of quantity-of-energy. Aim is the energy that informs new directions. Any particle of our world has its own potential energy, but it needs a “goal” to inform that energy and participate with other particles in a structure. We have our own potential energy, but that energy needs direction if it going to find an expression. Our life is a continuous system but it is not ‘of one order’. Life is made up of numerous fields of activity. Together these parts constitute the essential structure of a person: the duties, the pleasures, the emotions and interests. The loss of energy in a part of a system supports the birth and preservation of other parts of that system. Going for a run after a stressful day releases energy or converts it into a more workable form. Perhaps it helps us release tension and relax into another system of interaction within our life and social world. As we interact, we give and take energy from our environment, from one another, and from our own system as well. Systems overlap and blend. Systems change and connect. And when taken as a whole, all of these systems are only various orderings of one larger system: life.

Life is movement, a thread of changes and conversions. There is duration, but this duration is not of a closed system. There is the potential for chaos and there is also the potential for death or “an ultimate state of rest”. It is entropy that keeps this alive: we exist between disorder and a state of inert uniformity. This is life, this balance that is not a balance at all but a subjective view of the aim. With an aim, we feel our continuance in the movement. Entropy constitutes a developmental condition. It also constitutes the development itself. If the evolutionary system does not move with a direction guided by a balance eventually indicative of its own energetic ‘waste’, then that will be the last condition of that order. But there is always another order and so the system itself is both whole and lacking boundary. As the aim changes, so does the direction.