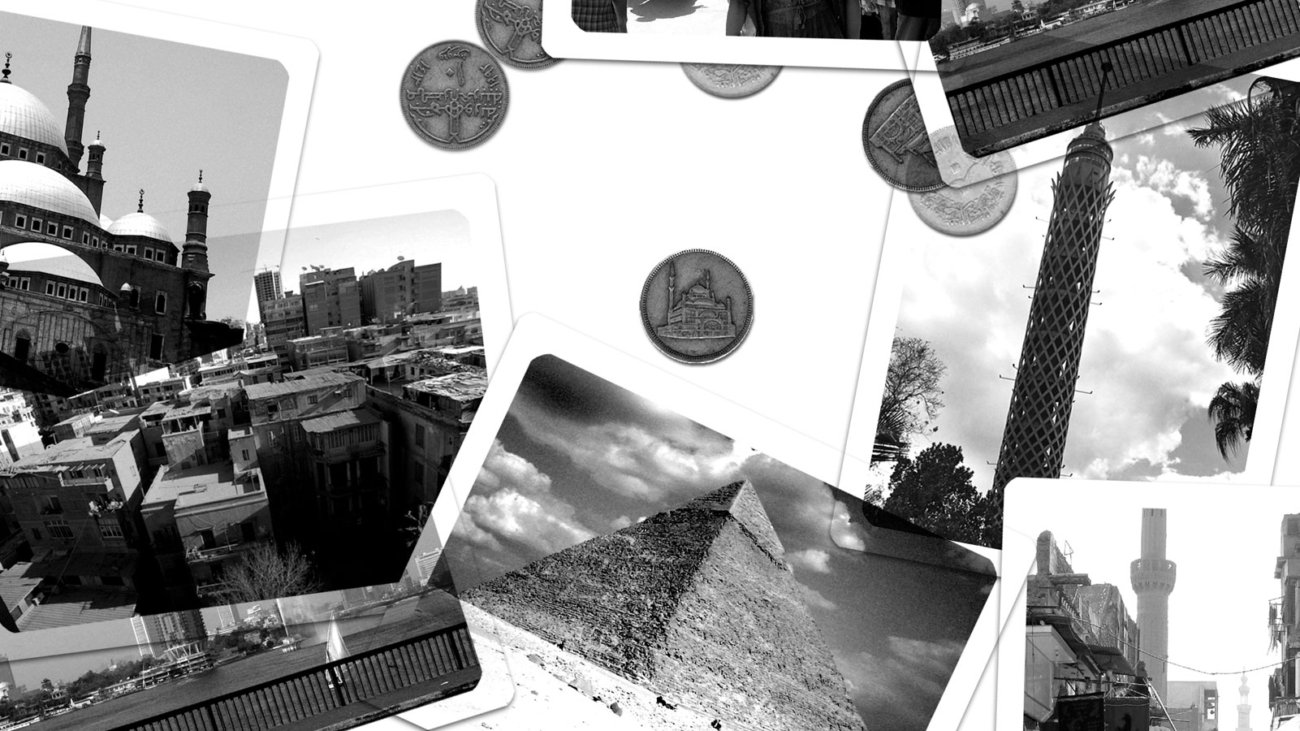 Although Cairo is considered to be one of the most polluted and populated places in the world, here we still look to it as a great and old city of our past. It traces the modern in us as well as our history.

Some of my friends abroad think that Egyptians ride camels and horses, and though I hope that to still be true somewhere, it certainly isn’t the case in Cairo. Here we have cars so modern that even the people in Austria or Ireland have yet to drive them. Still, from the outside we are considered a developing country, a place that tourists still sometimes venture to visit.

If you do come to Egypt, I suggest you come in the winter. My country is wonderful in this season, so purified and clean. I never get back home before midnight in winter. I spend all my time after work wandering and enjoying my city. The temperature is usually about 17 degrees Celsius during the day, and drops to 8 during the night. But lately, keeping with other trends of our city, the weather has started to change, drifting more towards a shocking similarity with the US and Europe.

Simultaneous with these changes in the weather, the Egyptians have started wanting political change as well. Recently there were large demonstrations here. People walked around holding signs that read “ENOUGH!” Everyone knew this was in direct reference to the urgent demand for changing political law to allow multi-lateral elections for the presidential position in Egypt. The people wanted to be heard. They wanted democracy. And because of their insistence, things have begun to change. We now have the freedom to choose between candidates in a direct election for the presidency.

When I take a look at my life here I find that there are a few truisms to be told and they all revolve around money. If you are a rich man here, you can live happily and safely. Life is easy and comfortable for those who can afford it. You can even get a drivers license from home this way: there’s no driving test or person-to-person situation needed. If you have the money, you can get what you want. But if you don’t, life can be a real misery.

Still, like I said, things are slowly changing. The cultural life is gaining its voice. One such revolution is the reading festival now held here every summer. This is very important to Egypt because it allows for great books to be reprinted and available in cheap editions that everyone can afford.

I think if there was one thing I wanted most for my country at the moment it would be that our capital would set a solid goal for its future, a way of planning for our city to find its rank alongside other major cities in the world. I also dream that we will go to many areas of the desert again so that the population might be able to more evenly distribute itself across this land. There is actually a lot of hospitality and generosity in Egypt and I hope that one day the rest of the world will have the opportunity to learn more about our country and its people.

Though this text was written much earlier, we talked to Shimaa after the the bombings last month and she and her family are safe, though her brother had been close to the explosion only days before the attack.