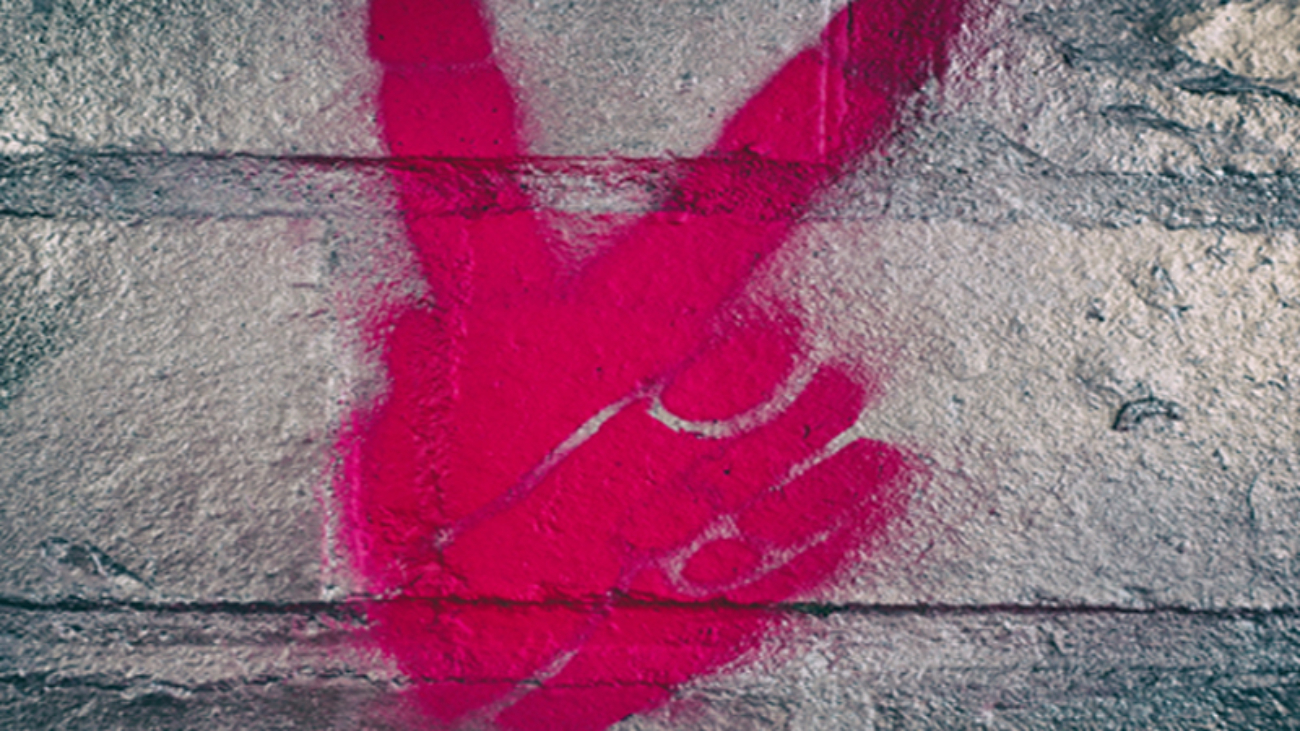 Pulse: You were born in Iran and lived in Trinidad and England as a child. Today, you are a presence in the creative world of the United States, especially in California where you live for the majority of your time. How has all of this movement affected your work and your sense of self?

Wolpe: When I was a teenager, my mother used to say: when you are out of the house, your behavior, dress, manner of speaking and everything else you do reflect on your family. I took this to mean that if I did not conform, I could single-handedly ruin my family’s reputation. Therefore from a very young age, the idea of not belonging was very attractive to me. It stemmed from wanting to rebel, but also take charge of my own destiny.

However, not until I was sent to Trinidad and later to boarding school in England did I truly understand that belonging is not always a matter of choice. “Otherness” could be imposed because you don’t have the ‘right’ skin color, eyes, or don’t pray to this god or that deity. In Trinidad, I physically stood out. In England, at the boarding school I attended, I was the girl with the weird accent, or the one with wild brown curly hair who came from a place where everyone has an oil well in their backyard. These were the days of the Shah, and most people didn’t really know exactly where Iran was located.

As I gradually came to understand the complexities of belonging, I took comfort and pleasure in my “otherness.” I learned the art of fluidity. It allows me to be connected with different languages, people, neighborhoods and cultures, while maintaining my sense of “otherness”, which is a key ingredient in the force that defines my own creative life. I’ve found a sense of liberation in standing on the outside because I can choose to be who I want to be; it’s helped me to look inward, and consequently I’ve found that the inward journey is much more real and meaningful than anything else.

Have people in the United States become more aware of Iran in the years since you moved there? If so, how has literature played a role in that change?

In 1979, fifty-two American citizens were held hostage in Iran for 444 days. That’s when Iran became visible to many here in the United States. Before then, most people I met could not even locate Iran on the map, and if they could, they didn’t know what language we spoke, let alone anything about our culture, history or literature.

Unfortunately, because of the hostage crisis, the information people at the time got from the media about Iran was not flattering. However, over the past twenty years, Iranians living in diaspora – particularly those like myself who saddle both cultures and languages – have been not only writing, but also translating literature from Iran, giving the American public the opportunity to look at our country through a different lens.

Literature is a bridge that can span the chasm between cultures and countries. I edited the 2010 Iran issue of the Atlanta Review and it immediately became the journal’s bestselling edition. That indicates to me that people are interested in Iran itself beyond the picture presented by the current regime, and trust the poets to give them an accurate view of that.

You’re known for your writing and art, but also for translating the poetry of Forugh Farrokhzad from Persian to English. Translators must work intimately with languages, and think deeply about their relation to place. Do you feel “at home” in any one language? Does your sense of a place change depending on which language you use to describe it?

I am intimately connected with the music of my native language. It affects the music of my own poetry in English. In fact, in trying to learn another language, I first try to hear its music. Recently I gave a reading with the Chinese poet, Yang Lian at the Semana Poetica festival in United States. Later, over a drink, he explained to me the hidden music behind every Chinese character, and how that music changes the meaning of words. That is something I intuitively understand and connect with.

Perhaps that’s why I find translating poetry pleasurable. It isn’t just about conveying meaning, rather the challenge is the transference of the music of one language to another.

I am a woman and obviously I am very concerned about human rights violations against women — not just in Iran, but anywhere in the world, including such things as domestic violence here in the United States. It is my belief that women must learn to repudiate the unjust standards they are taught by the societies they live in, and empower themselves with a sense of self – demanding justice and equality of rights – and envision for themselves and their daughters a better life than the one imposed on them by male-dominated societies. More often than not, our mothers themselves are victims of oppression which they often demurely accept and in turn impose on their own daughters, while treating their sons as betters, teaching them a sense of entitlement withheld from girls. We have to break that cycle. I come from an educated class of professional women and even among these there are those who seem to believe that there are a limited number of good professional or artistic positions to be had by women in our society. They fight over these “positions”, adopting masculine sensibilities to survive. I don’t think there’s much of a question that we still live in a world dominated and too often defined by men, however, I believe that women need to break out of this competitive mode, and, in particular, be supportive of one another. If we are to truly achieve equality and change the unjust standards imposed on us, women must unite and achieve it collectively.

As to my interest in Forugh Farrokhzad… it has always been on two levels: as a ground-breaking, gifted modern poet, and as a courageous woman who did not allow the taunting of an unforgiving, morally rigid culture stop her from what she felt she needed to do to tear down the barriers of taboo and inequality. She is arguably the first women in the modern history of Iran to write poems purely from the perspective of a woman – sexually, mentally and emotionally. In her poem “Sin” she writes about sleeping with a man to whom she is not married, drinking wine, and finding both acts quite pleasurable. The question isn’t whether she is morally right or wrong. The core issue is that she wrote at a time when she was not free to express herself the way men had been doing for centuries: she was called a whore and her poetry was perceived as scandalous.

However, Farrokhzad was dedicated to her art, and her sense of “otherness” in her own society did not deter her from freely expressing herself as a woman. She was a brilliant poet, and very much a pioneer in the modernist poetry movement. She died at the age of thirty-two in a tragic car accident. By the time of her death, she was one of the most well-known and beloved poets in Iran. Today, she is an icon whose grave is always adorned with flowers.

I spent two years translating forty-one of her poems doing my best as a poet to recreate the music of her work in English without compromising the meaning. To me, translating poetry is a grave responsibility. I didn’t want her poems to end up as corpses in translation, rather I hoped to present living, breathing poems in English, as they are in Persian. Farrokhzad deserves to be read and appreciated internationally.

Your work is often very intimate and sensual, as is the poetry of Forugh Farrokhzad. Do you imagine this sensuality as a place that one must discover? Is it part of our “natural state”, something we can always access if we search?

When I write, I connect to a bottomless well within myself– so deep that at some point I transcend myself. By that, I mean we are ultimately connected to one another and to an invisible world, accessible through a tireless, incessant searching that begins by going inward and eventually leads to what is no longer ourselves, but a collective self. Therefore, in my opinion, our “natural state” is more complex than we realize. It hides nothing. It is accessible. But, at the same time, it needs to be reached for, and that reaching is a journey that can take one a life time.

Farrokhzad was speaking of natural feelings and inspirations, and yet she was considered a dissident in her society and time by some. An artist’s inner search at times requires questioning basic systems or traditions that govern their lives. Is there a way in which this inner search is dangerous? Can one go too far with such things?

“Going too far” always begs the question: For whom?

Berthold Brecht in his poem To Posterity writes:

Ah, what an age it is

when to speak of trees is almost a crime.

Everything is relative. I can’t say what exactly going “too far” is. Poets and artists dig deep within themselves, travel that endless inner landscape towards interconnectedness and beyond. And they chronicle their journey. And when religious or governmental authorities don’t like a particular chronicle, they move to censor or suppress it which in the end has the opposite effect of giving it prominence and credence.

In a sense, to connect with nature, and with our natural selves and each other, is a matter of being authentic. How do you see this idea of being true to oneself and one’s community, especially when it comes to finding ways to better our lives or make a positive change in our world?

The currency of the poet is truth. And truth is highly subjective. It manifests itself in different forms and textures. The function of the poet, in my opinion, is offering one or more perspectives to view the same “truth”. A good poet does that in an authentic, skillful way that goes right to the heart. This is the poet’s gift to humanity. Does that contribute to bettering the world? Absolutely.