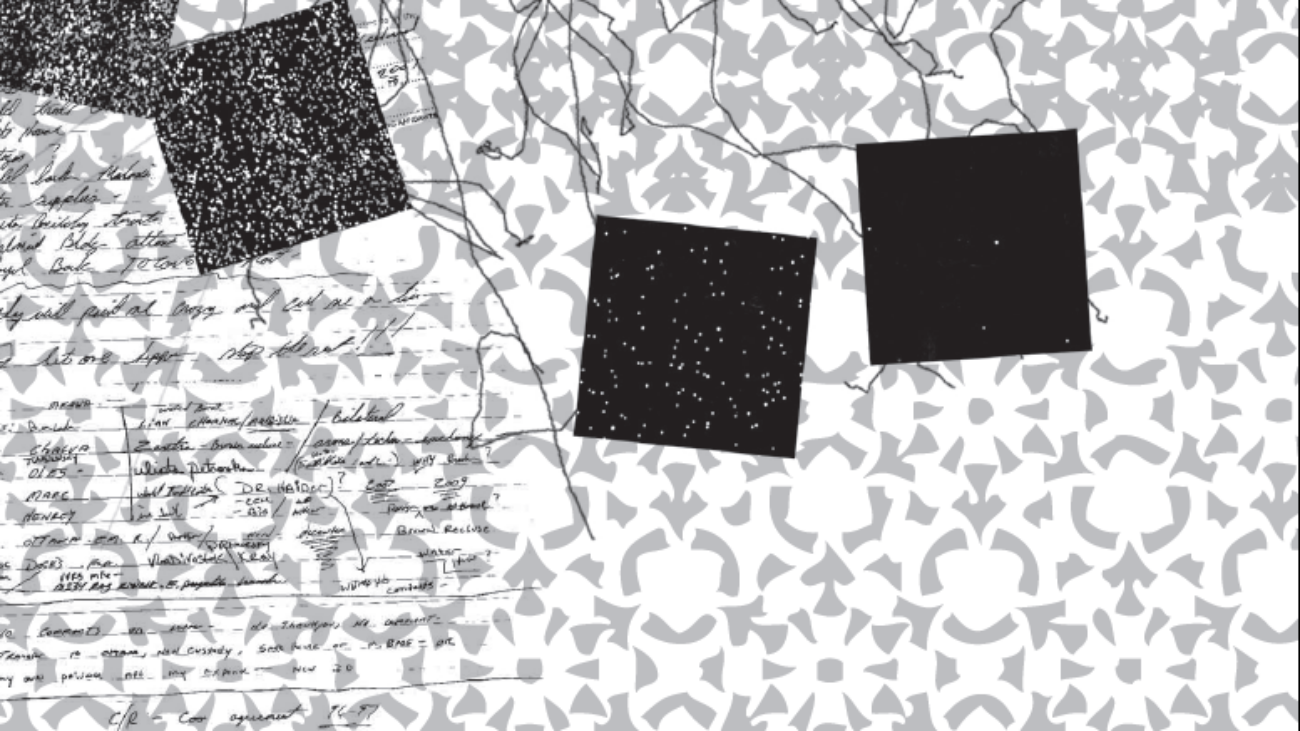 It’s a mistake to say that science is true.

According to quantum mechanic Seth Lloyd, we can trust what we cannot prove. Lloyd was the first person to discover how to build a quantum computer. He is a professor of mechanical engineering at MIT and the author of Programming the Universe, a book about quantum mechanics and how the universe is a giant computer.

Pulse: Science is something people reference these days regardless of their field or discipline. Does this popularization of science bother you?

Seth Lloyd: Not at all. I think it’s natural that this should happen because the thing that makes a piece of knowledge scientific in the first place is that it can be verified by anybody or anything. Science is a uniquely public form of knowledge, so it makes sense that it is popular. It also makes scientists responsible for trying to communicate in a way that others can understand, which I see as a good thing.

Is there any way in which it can be harmful for people to believe that anything associated with science is true?

I actually think it’s a mistake to say that science is true. The normal line that philosophers of science take on this, rather than saying that science is true, is to say that science is falsifiable. That basically means that we can figure out what is false but we cannot prove what is true. The scientific results that we have are actually the ones that have been tested again and again and not proven false.
In that sense, science itself is not dangerous; what can be dangerous is the way that science is used. Which is another reason why people should understand as much as they can about it, because the way science is used is really the responsibility of a society as a whole, not only of its scientists. The people who are commissioning bombs to be built and then dropping those bombs on others are not necessarily people who are scientists; they are people who are using science for bad aims, assuming those kinds of aims are bad ones, which I do.

In school we learn that science is solid, factual, and reliable, but when you really start looking at it you realize it’s not so solid: something can be both a particle and a wave; nothing is ‘true’ it’s only ‘falsifiable’….

We don’t usually believe something can be both reliable and counterintuitive. To really understand the way the universe works, do we have to accept more contradictions?

Yes. And that’s pretty mind-blowing isn’t it? Science is crazy and yet scientific knowledge is really the only reliable stuff we have. “If you cut your finger, it will bleed” is an example of scientific knowledge. It’s knowledge everybody possesses because it is falsifiable. But when you then take that same idea and apply it to photons and electrons and black holes and the universe, then you will find that the analogous statement to “If you cut your finger, it bleeds” is “An electron can be in two places at once, and it typically is in two places at once”. It’s profoundly difficult for people to accept such a thing.

You just gave some examples of scientific knowledge. In Programming the Universe, you make a case for how the universe is a giant computer running on information. In such a universe, what is the difference between knowledge and information?

That’s a difficult question, but first let’s just try and define information. Information can be thought of as bits. It represents distinctions between possibilities, like the distinction between “0” and “1” or “yes” and “no”; it doesn’t say anything whatsoever about meaning.

Right. If the cable guy comes to your house and hooks up your cable, his job is to make sure you get 500,000 bits per second coming into your house. His job isn’t about determining whether that 500,000 bits is Masterpiece Theatre or whether it’s pornography. The content doesn’t matter to him; all that matters is that you’re getting your 500,000 bits. The quantity of information can be distinct from the content.

So information is what exists with or without our awareness of it, but knowledge is the interpretation of information, and so requires consciousness?

Our consciousness certainly has to do with how we interpret information, but I’m actually very suspicious of consciousness; I think it’s way overrated. Humans tend to take a lot of pride in ‘being conscious’ and I always want to ask ‘Well, what have we done with that consciousness recently?’
We tend to think we’re the center of the universe, but most of us go around unconscious for the majority of the time, even when we’re awake.

I guess what I mean by consciousness is the extent to which we are aware of the information we use to communicate with one another, because maybe that is connected to how things change. For instance, in your book you talk about how physical systems change their information. Can you explain this?

Since information represents distinctions between possibilities, a change from one possibility to another is what distinguishes change. An electron has a bit – it has a piece of information, or maybe it’s better to say that an electron is a piece of information – which means it can spin either clockwise or counterclockwise. And every time something happens to it, that bit flips. It goes from spinning clockwise to spinning counterclockwise, or vise versa, and when it does this we say that the information has changed.

Is this what you would call de-cohering?

De-coherence is a good example of one of those things that is counterintuitive. The idea that an electron has a bit – that it can spin either clockwise or counterclockwise – is part of a classical picture of the world which is digital at bottom. But the electron is also quantum mechanical, so in addition to having this discrete, digital quality it also has its own weird funky counterintuitive properties, because actually this electron can take on both these things at once: it can spin both clockwise and counterclockwise. It can be both “O” and “1” at the same time, before it de-coheres.

Is this happening in two separate places? Or is there one place and both things are happening simultaneously?

The electron is “0” and “1” simultaneously, but you’re on the right track…

That’s certainly only a metaphor, and we have to be careful, but let’s pursue that train of thought. De-coherence is a process from where the electron goes from being “0” and “1” at the same time, to being either 0 or 1. When it de-coheres, the world splits in two and “0” goes to one world and 1 goes to another, and those worlds continue but they are no longer the same world. We can think of this in other ways too, to get a better idea. For example, as I discuss in the book, there’s a passage from Kenzaburo Oe’s A Personal Matter where he talks about a woman whose husband has committed suicide and she spends a lot of her time imagining this other world where he’s still alive, to the extent where this other world is as real to her as the world where she is actually living. I don’t know if you’ve ever had anyone close to you die, but there really is this way where a part of your brain continues to still think that person is living. But this is only a kind a way of understanding the idea: I don’t think electrons actually feel this way. (laughing)

It’s magical thinking. But as you say in your book, according to the Many Worlds theory, for every situation that happens there are many other worlds in which it doesn’t. You also quote Oe’s statement that “You can’t make death relative, no matter what psychological tricks you use”. Those two statements seem to contradict one another. Even so, there’s something about taking the two of them together that is useful for dealing with grief. Perhaps contradictions open up possibilities by allowing more than one thing to be true. Is it this same idea that gives a quantum computer more power than a normal one?

In a way, yes. Because when we say that computers interpret information, what we really mean is they treat the information as instructions to do things, so “0” means to do one thing and “1” means to do another. That’s what happens when human beings interpret information as well. So if I take this bit that is both “0” and “1” at the same time and I put it into the computer, the computer treats is as an instruction – “0” tells the computer to do this, and “1” tells the computer to do that. A quantum computer can do both of those instructions at the same time, rather than only one of them. David Deutsch called this quantum parallelism: it’s a matter of doing two or more things in parallel. A classical computer can typically only follow one instruction at a time, but a quantum computer can do many things simultaneously.

So what role does uncertainty play when it comes to computers and computer programming?

Good question. In ordinary computer programming, there’s really only one type of uncertainty, and everybody experiences this kind of uncertainty everyday. It’s the reason why there are bugs in computer programs, or why your computer freezes at times or does all those other funny things you don’t want it to do. The reason there are always bugs in computer programs comes from a very deep expression in logic, Kurt Gödel’s Undecidability Theorem, which shows that if you have any sufficiently complicated logical or mathematical structure, it’s not closed; there’s no finite mathematical system in which everything can be answered. So when you translate that into computer programs, it becomes something called the Halting Problem, which was proven by Alan Turing. The Halting Problem says that the only way to know what will happen if you change the instructions of a computer is to give it those instructions and see what happens.
So you can’t really prove that it’s going to go one way or the other. The only way to know if a computer program is going to work is to try it. You don’t know what is going to happen until you hit “RETURN”. This is something nearly everyone who has a computer has experienced. On top of all that, you also have this other kind of uncertainty that we’ve been talking about, the quantum mechanical one. The cool thing about the universe is that it’s using both of these in a complimentary or parallel fashion. So somewhere everything happens. Which helps us understand why life happened: if the universe is exploring all these different structures, then it’s not surprising that it’s exploring a structure like this as well.

Life is intrinsically likely then, as you say.

And certain to occur somewhere.

So we can’t prove anything is true, and we can’t make any definite predictions?

No. But we can say what isn’t true, and that’s quite a lot already.