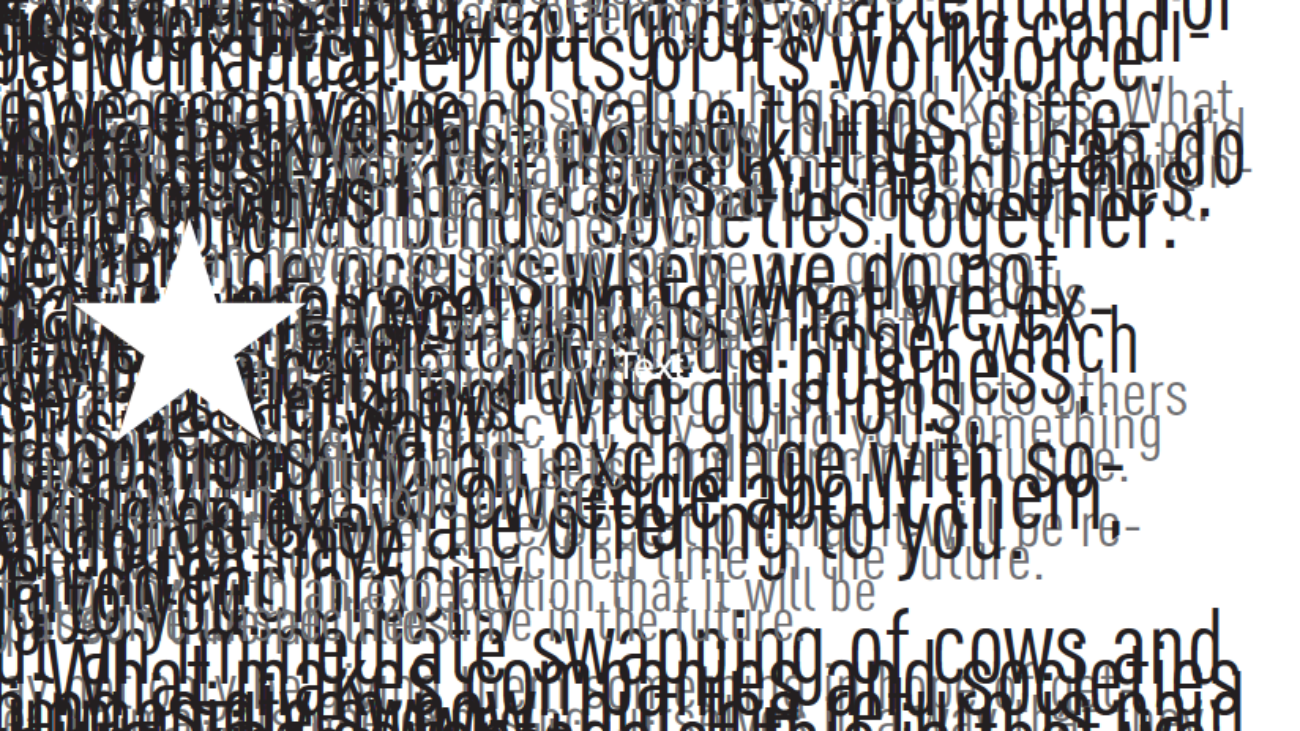 How important of a role does authenticity play in Corporate Design? Is an authentic presentation necessary for success in the global market?

It’s a paradox: The more artificial the world gets, the higher the demand is for something real. The boom of virtual worlds like Second Lives is happening at the same time that others are successfully investing in traditional firms such as Manufactum where “the good old things” and “quality” still matter. The world has become so commercialized that the customer now demands personalized, reliable, memorable goods and services. Authenticity, which comes from the Greek word authentikós, indicates this idea of realness and reliability. Being perceived as inauthentic has an immediate, negative impact on a company’s success. Corporate identity and brands are ultimately about standing out in a world full of attractions and impulses. You can pretend to be someone you’re not, and build up a Potemkin village . Or you can go to the outside world and present values that really exist in your core. A lot has changed in the last decade and because of new technology such as the Internet, companies now face customers who are well informed and who actively exchange information. It’s no longer so easy to get away with being inauthentic. Many people understand this, but others are still resting on past success, thinking: “It’s worked so far, so why should I change?”

What exactly defines a company? Does the company’s mission statement give you values that you then translate into the language of graphics? This is the question every company has to ask itself: What defines my company, my organization, my brand?

They have to ask what values are offered to the customer, and how these values are generated. Is it about the product or service itself, or is it about the experience offered by the product or service? It’s the business model – this configuration that generates value – which determines the differences from one company to the next. Each company determines these values for itself, and I find a way to present those values to the outside world.

Authenticity is a benchmark for stakeholders (i.e. customers, cooperating partners, everyone related to the company) under which any presentation and communication of the company is checked based on content and consistency. In order to achieve the authentic presentation of a corporate identity, it’s useful to regard the company as the “sender” and the stakeholder as the “receiver”. Authentic communication works on the basis of self-perceptions and individual means of expression, which are differentiated by meaning. Communication must be traced back to these attitudes. These attitudes should be assignable to the “sender” and clearly related to the sender’s “core”. As long as this relation to the core persists, the company will be authentic in its expressions and presentations. The difficulty lies in the fact that it’s impossible, and the attempt inadvisable, to dictate the perception of a “receiver”. One can only make one’s appearance as authentic as possible while in the midst of any “contamination” from the density of information. There is no golden rule for communicating the attitudes of a company. One must choose a path and stringently follow that path (as perceptions are also formed by penetration) in order to be equally perceived and accepted by the majority of receivers. Through an iterative process, authentic presentation and communication also modify the identity of the sender.

This all comes back to the existence of a “core”, a true value. For instance, last week in Zurich, I noticed a café that was closed. It was a kind of “smokers’ café” and I liked the idea of it. I’m not a smoker myself but I could imagine that a café only for smokers (who are now “homeless” due to the prohibition of smoking in public areas) was likely to represent a value, thus I began wondering why this café was not open. I found out that the owner of the bar had made a peculiar invention: a gadget as big as a mobile phone that held cigarettes that could burn without fire; the nicotine was inhaled through a filter. Though this gadget was available in lots of trendy designs – space themes, bears, flowers, imitation wood — it’s still clear why the bar closed down so quickly: No smoker would ever be satisfied by sitting down in front of a plastic box to have a cigarette. This invention also represents an inconsistency or inauthentic idea, because authentically the place would either not allow smoking or else be a place where people can really smoke. This is a simple example showing that no value, even if it has been nicely packaged and praised, will be successful for long if it is not embodied.

In my own work, I rarely encounter companies that don’t generate this value. About 90% of the companies are changing their appearance because they’ve produced a new value and have to approach a new target group, or because they’re asking themselves: “We have such a great product, so why isn’t it successful?” In such situations, we’ve specialized in moving past the limited insider view and getting an outsider view, so that we can then identify, present and communicate the core values of the company in an adequate way. There’s a clear line between authentic presentation and a falsified image, and the customer realizes quickly if his or her trust has been betrayed. Of course there’s a difference between a company passing itself off as what it’s not, and a company promising what it is unable to maintain in regard of service and production. Both are fatal. As the Czech writer Karel Capek once wrote: “A value is not a value for promising something but for meeting it.” And he’s right.

Rolf Mehnert is board member of Fuenfwerken Design AG and active in the field of Corporate Design, Brandi ng and Business Design. In this role he is intensely confronted wi th the issues of authenticity, scenery and communication. 1) Potemkin villages were, purportedly, fake settlements erected at the direction by the Russian minister Potemkin to fool Catherine II during her visit to the Crimea in 1787. According to the story, he erected facades of villages all along the Dnieper River in order to impress her with evidence of new conquests.