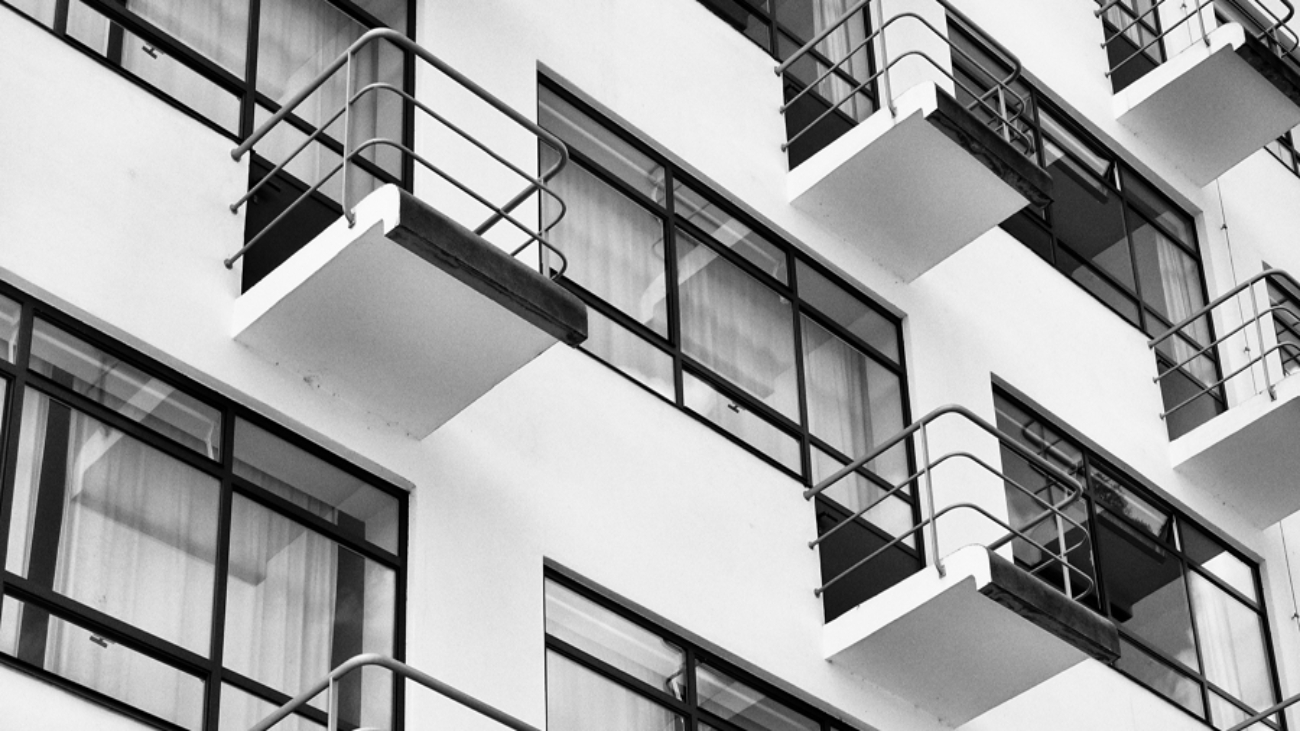 Article and interview by Anna Rohleder, 2011.

Even in a brief conversation with Wayne Koestenbaum, it becomes apparent that his interests are broad-ranging, from Sigmund Freud to film stars, 1960s American pop-culture icons to European Expressionist poetry, opera recordings to billboard advertising. His work also spans (and occasionally combines) fiction and non-fiction, as well as prose and poetry. Of his books, The Queen‘s Throat: Homosexuality, and the Mystery of Desire, an investigation into the affinity of gay men for opera, and Hotel Theory, a novel set in a hotel juxtaposed with an extended essay about hotels, are among the best-known. He is also involved in the visual arts. He taught on the faculty of the Yale University School of Art and has contributed art journalism and criticism to magazines such as Art Forum and Art in America as well as general-interest publications such as Vanity Fair and Vogue. He is a poet, novelist and professor of English at the City University of New York.

Pulse: There is a Matisse show about to go up at MOMA („Radical Reinvention“), and one of the recurring motifs in his work is the artist‘s studio, which is both an artificial and necessary space. I was trying to think of a counterpart to the artist‘s studio for a writer. Is it possible to do creative work in an office?

Wayne Koestenbaum: I have. I started writing poetry at an office job. I worked as a typist, and while I was at work, when no one was looking, I‘d write poems on index cards, or sometimes on the back of one of those „While You Were Out“ message pads. The size of the index card was the poetic form, and the duration of time would be the amount of time stolen. This goes back to Certeau‘s idea of „la perruqe“ („the wig“), which I talk about in my book Hotel Theory – stealing time from the boss and using it for my own purposes. There was a permission for me that being surreptitious allowed. I could not have authorized myself to write a poem at home: it would have been too much of an abyss. By being at the office job — which was a job I had no sympathy with — there was a sense of being off duty from myself.

I tend to write in different genres out of that same impulse to find an incognito. Poetry is the free space outside the writing I‘m supposed to do. In terms of writing environments in general, this café for example (Café Le Grainne, New York) used to be quieter and less bustling. There was something more lax about it, and I could lose myself. Now it‘s become louder and busier.

If we extend that idea to mental landscapes, do you think that the synapses of the brain may reflect or mirror the paths we take through a familiar place, so that we always encounter the same thoughts at the same points of topography?

I like to ask myself, „Where is that emotion (or memory, or fantasy)“ when I feel it. „Where is it located?“ And I‘ve begun to feel split between a palpable self and a nimbus or thought bubble or haze that‘s located somewhere behind my eyes and above my nose but which is not material. I am vaguely coincident with my body as I move through the world but there‘s a split second of delay.

We‘re trained to think of our emotions as embodied, in the chest or in the shoulders, but what if it‘s not that specific? What if it‘s all just hovering? If your thoughts are not in your head, maybe they are somewhere outside waiting for you.

I think all of us have had the experience of moving through an environment in the wake of an emotional event, and feeling that resonate in the landscape, that everything actually looks and feels different as a result.

Well, I don‘t have that many romantic or nostalgic memories of places. But I once stayed in Venice for a month and I used to take a nap in the afternoons listening to Luigi Nono. The recordings I was listening to would go in and out of audibility, and I had the windows open, so these characteristic Venetian sounds would come in at the same time, which for me made up an idealized soundscape. Nono himself lived in Venice, so he composed to the same sounds I was hearing, and I was completing the mystery by returning to Venice with his music. Similarly, I recently took a book of 20th century German literature on a trip to Germany. And I think being in Berlin while reading Brecht for the first time made his poetry make more sense to me.

This then leads you into the field of ethnopoetics. What does it mean to mark an environment, or make a map of a place? Think of the medieval arts of memory, which encompassed not only maps of topography but also the music of the spheres.

That makes me think of the Austrian fin-de-siecle poetGeorg Trakl, who died very young – in the first year of WWI – of a drug overdose , and who in fact had been a drug addict since he was a child. He describes an entire synesthetic universe where the landscape itself makes music, and even colors ring or chime…

I am fascinated by imagining the world of the German or Austrian child at the turn of the 20th century. Take Freud‘s case of Little Hans, for example. What possibilities were there for a four year-old boy in the Vienna of 1900? Leaving Freud‘s formulations aside, what were the emotional possibilities? Little Hans had such an unfettered curiosity. He was encouraged so much by his father and by Freud. It seems quite idyllic, like the antidote to Michael Haneke‘s vision of childhood [in a film like The White Ribbon]. And you know, later in life Little Hans actually became a major opera director. He worked for the Met for over 30 years.

I try to imagine childhood in other historical times. Imagine a particularly dreary time to be born, so for example, what if you‘re a woman who‘s not from one of the upper classes born in rural Austria, 1805? What is your emotional environment? When does it dawn on you that it‘s a blighted time – if, in fact, it ever occurs to you? Like the photographs of August Sanders. You look into the faces and try to imagine what their sense of expectation and possibility was in relation to what the environment allowed.

I saw the film „Babies“ recently, which deals with this question of environments across cultures, and allows one to study the unmarked face of an infant, the degrees of boldness or shyness. I was very excited by the audacity of the African boy – this phallic narcissism – his extreme confidence of his place in the universe, in contrast to the more cosseted child in California, who seems to be somewhat at sea. In the African scene, there‘s so little of what we consider to be stimulating: this little boy is sitting with women who are not really dressed, and he is just playing in dirt. Meanwhile, in California, the American baby is in a bedroom full of toys, the kid seems confused, because it‘s just glutted with codes.

I‘m convinced the next great leap in technology is going to be a means of dynamically „forgetting“ data, because we‘re coming to the limits of what we can do with storage. Even in terms of the electricity to power all the data centers needed to „remember“ the information we generate, never mind figure out what to do with all of it.

I saw a billboard the other day for a company that said it could shred and/or store your documents, and it really struck me that there is this dual relationship between storage and shredding. I‘ve come to the point in my life where I‘ve starting thinking about the placement of an „archive.“ I imagine it as a very comforting space to be in, if you had a whole room in a house full of personal papers and books – even old books of mine that have gotten brown and look depressing now, because I remember when they were first published, and they seemed so permanent, like they‘d be around forever, but now they seem like trash – and I‘ve started to understand why publishers pulp books. It always seemed like a sacrilege before but now I can feel the distance even on my own bookshelf between what‘s worth keeping and what isn‘t.

A lot of what I tend to do is try to find internal and external environments that allow me to concentrate, because most environments I find myself in make it difficult. It‘s not just a matter of finding the right coffee shop. There is a need to forget a little, to clear space and pay attention. We have no night anymore, no moment of silence between yesterday and today. This perpetual awakeness without the interruption of sleep is just terrifying.

There is also a dimension to this that concerns an inattention to ceremony. I had noticed I was sliding into writing rather than preparing for writing as an act. Over the years I‘ve accumulated several manual typewriters, and lately I‘ve begun typing on colored construction paper when I use my pink typewriter. I choose the color and put the paper in, choosing to begin deliberately.

I used to think in terms of performance, of the higher stakes that an audience brings, but now I think it has more to do with issues of attentiveness, concentration and deliberation. Attentiveness doesn‘t depend on performing.

In our world of constant interruptions and fragmented attention, it‘s almost as though you have to choose your own form of autism to filter some of the stimulation.

[Austrian poet] Trakl is a good form of autism, because he has a limited vocabulary and a limited body of work. I was reading him while I was on jury duty recently – immersing myself in an entire body of work was my chosen autism.

I made another decision to limit the field and only read poetry this summer. I will only be taking my messages from people who have worked on themselves and their language – who have edited and isolated. There‘s no pandering though there‘s plenty of bad faith… Reading poetry means I‘ll always feel at home in my reading.