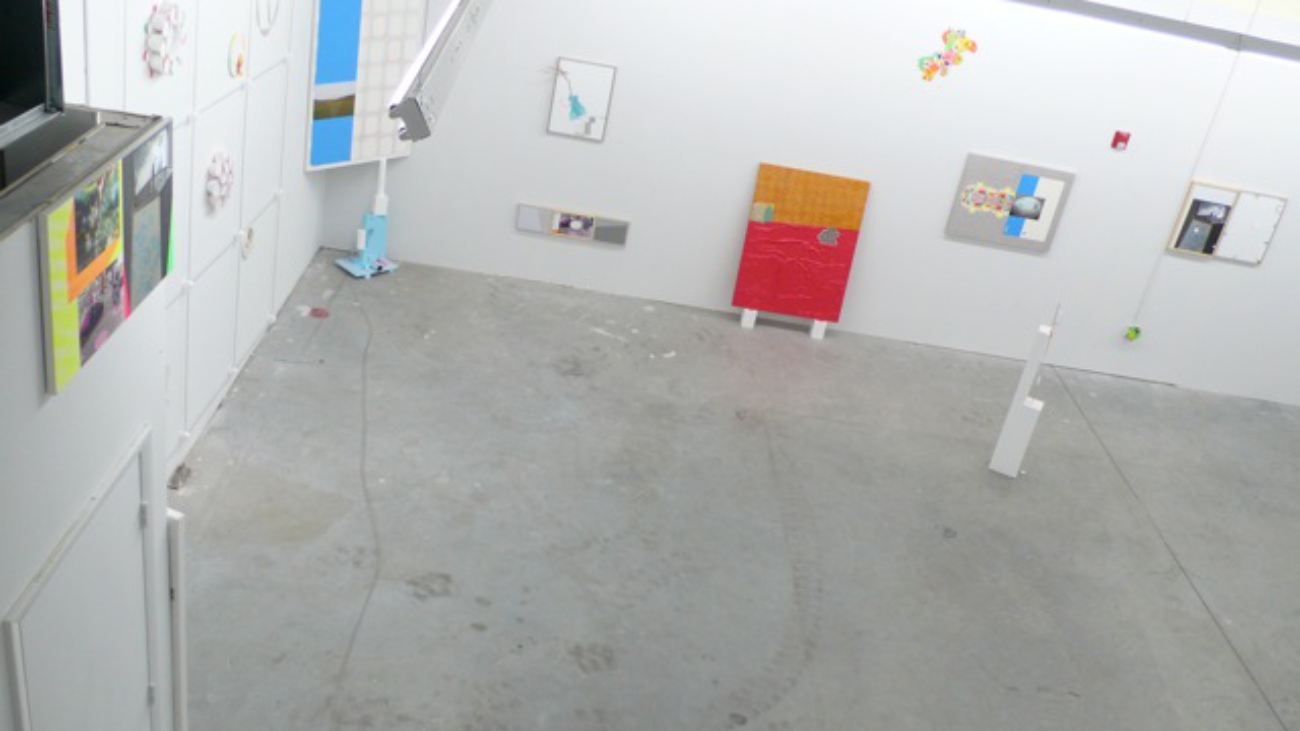 The In-Between Place of Contemporary Art and Politics

When I arrived in New York from New Orleans in 1978 to become an artist, the city was emerging from a very dark time. New York nearly went bankrupt. Manufacturing had mostly left the city, opening up vast amounts of cheap industrial real estate to artists. One of these areas became known as Soho, which was at that time a scary place after dark. New York was dirty, dangerous, and cheap. As Soho quickly became too expensive for some of us, we began to populate the East Village and Lower East Side. My classic East Village walkup on East 10th near Avenue A, with the bathtub in the kitchen, was $115 per month. Artists met cruising each other on the streets and we created our own scenes in bars, clubs, and storefronts. Performance Art was having its heyday, an indicator of just how much the work was about ideas and community rather than commerce. This lasted until the Wall Street and concurrent New York art-world booms of the late ‘80’s, a time when some argue the ‘Art Star’ was born and New York’s bohemia died. Even without the rose-colored glasses—I was mugged, robbed and attacked numerous times, and we all suffered the tragic and painful losses due to AIDS—it was still an exciting time to be an artist in New York. The downtown slate was blank.

These days it’s filled in. When the latest financial crisis hit in 2008, the initial spin was that the crisis would supply the New York art world with what it was sorely lacking—the space for new ideas. Comparisons were made to the 70’s and 80’s. There may be around a ten percent unemployment rate in the U.S. today but we New York artists still must juggle two or three jobs to maintain our work, studios, apartments, and wardrobes. Our artistic community is reduced to a place for networking where introductions are contacts for career advancement. And still our voices are barely heard above the commercial cacophony. New Yorkers are carrying on as though there were no crisis at all. I have frankly never seen this level of extravagant construction and consumption in the thirty years I’ve lived here.

Granted, this jaundiced view of New York is mine only on bad days. And I am loath to admit that it may have been for nostalgic reasons that I first wanted to go to Berlin. I had often heard that Berlin today is like New York was in the 70’s and early 80’s, sans the danger. And to some extent this is still true. Berlin’s slate may no longer be completely blank, but there is considerable space left. Berlin occupies the theoretical, philosophical, political and ideological space between east and west, which translates into potential, into the cultural space of in-between. Berlin is all about occupying unoccupied spaces—the abstract ones just mentioned, and the real empty cheap ones like those in New York in the ‘70’s, where new experiments happened on the site of those that failed. My real interest in Berlin is in understanding to what extent contemporary art participates in these experiments and/or to what extent it is a casualty.

As art movements go, the term ‘contemporary’ might refer to all and none. Unlike the modern project, whose mission it was to reinvent traditional forms and belief structures no longer viable in a post enlightenment, newly industrialized (western) world, contemporary art acts as a catch-all for a variety of ‘anything goes’ made in the ‘here and now’. Yet it is not simply a designation for all art made in the present. While anything from the most traditional to the most experimental of materials, forms, processes and projects can constitute contemporary art; it is its discursive and socio relational connection to the present that constitutes its contemporaneity and the extent to which it is taken seriously. At the same time, another characteristic or condition of our contemporary present is that it is dis-connected in so far as it is post-oppositional. Our present is not connected to what it opposes, at least not in the way east-west opposition delineated by communism defined modernism’s utopian present.

Now is a time of no clear sides, which along with technology has rendered our global culture borderless, nomadic, all over the place. Like the post-feminist woman, contemporary art must now be all things. So contemporary art is now. But it is also post: post-oppositional, post-Cold War, post Marxist, post-modern, post-academy, post-colonial, post-identity, post-feminist. What kind of now is contingent on being after? And what is its relationship to the future?

Nowhere is this borderless, post-oppositional now-ness embodied more than in Berlin, where the gap left by a lack of conflict is as palpable and visible as the yet undeveloped real estate that once housed modernism’s greatest symbol of division, the Berlin Wall. And it is the propensity of this space to be filled that is attracting all the action there. Berlin’s post-oppositional now in no way means that the action in Berlin excludes critical dissent, quite the contrary. In the short twenty years since the failure of communism when the whole of Berlin was united under the banner of democratic capitalism and its promises, Berliners have witnessed 9/11 and the biggest economic collapse since the Great Depression. While Germany’s economy rages on as the strongest in the European Union, Berlin itself continues to struggle economically and to experience repercussions from reunification’s radical shift in its society, a society largely subsidized by what many German citizens collectively dub the ‘Berlin Tax’. This contributes to political tensions within the country, but adds to the allure of Berlin’s marginality and its experimental moment—artists, poets, and philosophers on the dole—creating a space for the valid critique of the systems that
were meant to save them.

One meets artists and writers in Berlin today who really are “In Search of the[ir] Postcapitalist Self” and who look critically at our new ‘post-Fordist’ economy predicated on ‘immaterial labor’ where ideas are sold as opposed to material objects using factory labor. This is a marketing, design, branding, consulting, finance, information and communication service economy that is computer reliant. To fuel the post-Fordist economy, immaterial workers sell us ever-changing ideas about ourselves resulting in our endless pursuit of products that go out of fashion long before their usefulness, while much of the manufacturing or material labor for these products is outsourced to places like India and China. The process appears to benefit both sides of the global economic coin, but there are, at the very least, serious environmental, therefore economic, consequences.

Designing things with planned or built-in obsolescence uses an inordinate amount of natural resources and end up as mountains of toxic waste. Today’s economy is dependent on our dependency on ever-new things and our greed-over-entitlement impulse. We must desire more than we need and choose what we do need from a surplus of options all designed to match our ‘lifestyle’. Lifestyle itself is commoditized. This lopsided production strategy seems destined to falter.

Berlin’s history and present economic conditions make it naturally skeptical of this new order. No wonder that in such an environment of skepticism a once vigorous oppositional left has reemerged as an intrinsic community of ‘cultural producers’ with neo-Marxist tendencies. Members of cultural communities from other places and with similar tendencies go there to meet, creating global communities with overlapping purpose—a defining role for Berlin. In this sense, perhaps the defining role for contemporary art is as the solitary ambassador of social change. If we look at the big international biennials and exhibitions today, contemporary art is again political and in service of change; it’s now responsible for what the larger socialist utopian project failed to do. In the aftermath of so many failed or post systems, this is a heavy burden. Consequently Berlin, contemporary art, and culture itself, is under continual and intense scrutiny.

Take the term ‘Cultural Tourism’, for example. It’s pejorative use implies a worthy debate; just how much do these large exhibitions, like the recent Berlin Biennial, evolve out of a vital need to communicate the socially and politically engaged ideas of artists and curators, or the contradictory need to revitalize a city’s commercial viability? A biennial promises the cachet of membership in a select club of cities sophisticated enough to participate in the avant-garde conversation. This brings an exclusive stratum of tourism, and business, to a city like Berlin, now branded to be at the cultural fore. The ‘culturalization of the economy’ or the ‘economization of culture’ might produce the perfect immaterial commodity to be bought and sold by ambitious curators and urban planners, but it takes away art’s most emancipatory characteristic, its autonomy. What is interesting about this critique and others like it is that it comes from within the cultural community itself, who is in part culpable. If we as cultural producers are the sole heirs of the left’s mission for social change, then it makes sense we inherit the left’s unsparing self-criticism.
Living in Berlin for three months this past summer, during the time of the Biennial, I began to wonder if I was complicit in this cynical neo-liberal economics of culture. Was I contributing to Berlin’s gentrification by perhaps paying more for rent than Berlin artists could afford? It bothered me that I considered this (unsparing self-criticism), that I might be doing something wrong by living in Berlin. Of course I was a Cultural Tourist, and yes I was a member of an elite global audience that large international exhibitions catered to. Nevertheless, I concluded that I was in Berlin because I belonged there.

Site Berlin localizes and externalizes for the rest of the world our most monstrous and schizophrenic impulses, and, since the fall of the wall, our chance for redemption. We are all implicated and we are all responsible in some way for what comes next, and for not forgetting what came before. In this way, we are all citizens of Berlin, of the gap. That this international gathering place is affordable compared to other European cities contributes to its rich diversity. Its alternative scenes are possible because artists, poets, philosophers, curators, and other cultural workers, who are more often than not well educated and broke, populate it from far and wide. This is why I spent the summer in Berlin, and why I will return.

BIO: ARTIST BRADLEY WESTER,
Bradley Wester is a New York visual artist working in a hybrid medium that combines painting, sculpture, digital imaging and installation. For the past ten years Wester has worked on a project where he lives and works in three disparate but geographically symmetrical cultures, ultimately resulting in three connected bodies of work. He has exhibited in numerous solo and group exhibitions across the U.S. and in Europe including most recently at Margalef & Gipponi Gallery in Antwerp Belgium. Awards include: Specialist Fulbright Fellowship to Kyoto Japan, two MacDowell Fellowships, Pollock-Krasner Grantee, and twice published in New American Paintings. Wester’s Visiting Artist credits include: CalArts in Los Angeles, Sint Lucas Antwerpen Belgium, Kyoto University of Art & Design, The American Academy in Rome, and a recent three-year Visiting Artist full-time faculty position at Ringling College of Art & Design in Sarasota FL. Wester has also designed theatre sets for Off-Broadway, and in Los Angeles for writer/director Eve Ensler, producers Mike Nichols, Fox Television, The Promenade Theatre-NY, LaMama-NY, Music Theatre Group-NY, and The Court Theatre-LA. His work was seen in a recent Adam Sandler film. He performed in a Robert Wilson production at New York’s Lincoln Center, and created his own performance/theatre works at venues such as The Kitchen Center and PS1 in New York.