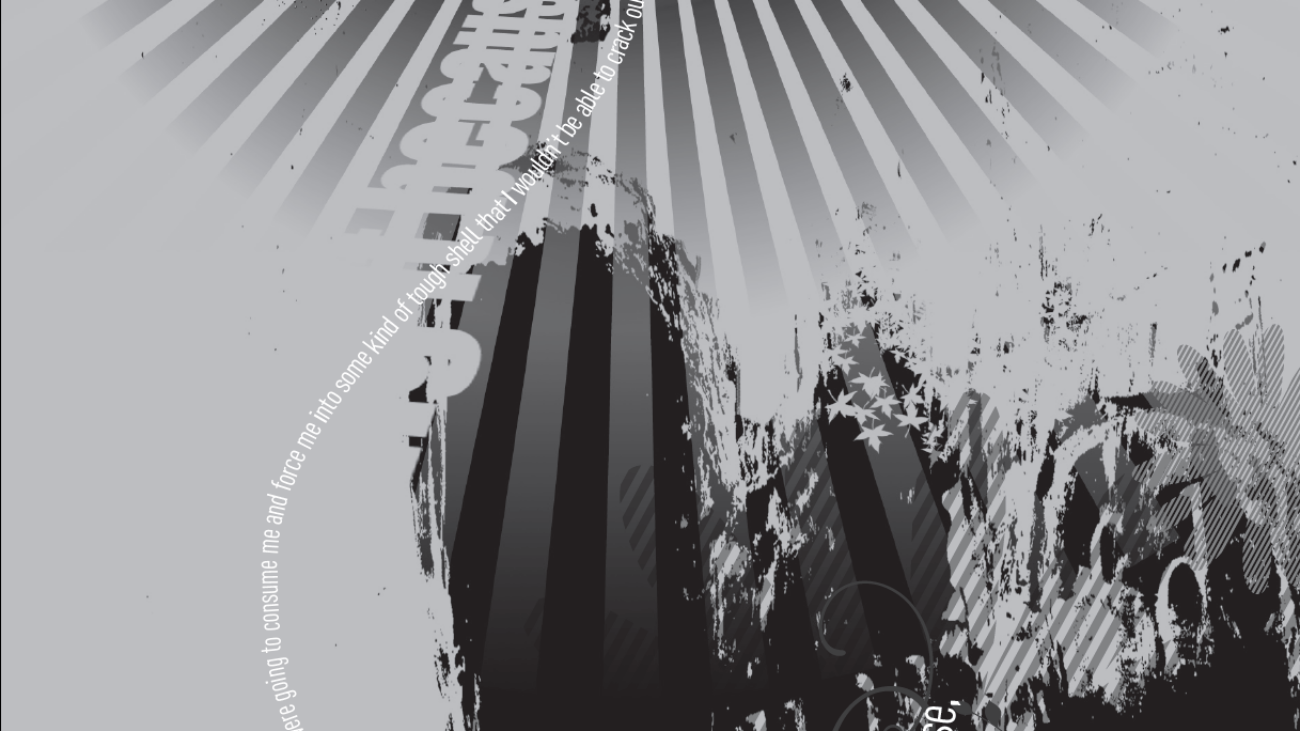 Brandon Boyd, lead singer of Incubus, discusses the ways truth can be a form of liberation

pulse: You’re most well known for your music, but you’ve recently published your second book of drawings and writings, From the Murks of the Sultry Abyss. How is this book connected to the other work you do?

Brandon Boyd: The intentions I had in making the book are the same ones I have when I’m writing or creating music: I’m doing it because it’s what feels right, creating and expressing, letting my experiences and my individual life come out in whatever form or medium they want to take. When I was really young, it was always in drawing that I found that expression. Then I started playing music and writing when I was a teenager… It’s always been this kind of natural progression.

It sounds like it’s easy for you to trust that creative impulse in yourself?

Yeah, most of the time it is. Which doesn’t mean I don’t second-guess myself. I think that’s sort of part and parcel to creativity though, that vulnerability, that moment before you give it over, where you’re like ‘Ok I’m going to publish it now’ or ‘I’m going to put this out as a record’, that moment where you start second-guessing everything and thinking ‘This might be the worst thing I’ve ever done!’

Taking those kinds of risks seems to have been rewarding for you; How do you think your creative process, or your way of accessing that internal creative place, has changed in the midst of so much fanfare and praise?

I don’t think I ever really anticipated that anyone would like anything I’d created. I really started out doing it for merely self-indulgent  purposes. A lot of it I did because it almost felt like a necessity, especially with writing, I felt like if I didn’t write these things down they were going to consume me and force me into some kind of tough shell that I wouldn’t be able to crack out of. In that sense, a lot of the writing has been therapeutic, me just trying to get my ideas out. When the praise starts to come I try to just look at it as surface flattery; I try not to take it any deeper. I have a pretty good understanding of the fleeting nature of these things, of the fleeting nature of success, and so I understand that our fame is merely a moment in time and soon someone else will take that place.

But have you always had that perspective? Or was that something you had to learn through experience?

Somehow I think I always kind of knew that fame was something temporary. As a kid I was always fascinated by artists and by music; so by looking at these people’s lives it was pretty easy for me to come to the understanding that if fame did come to me it would probably be fleeting. We’ve had so many teachers before us – whether it’s rockstars or artists or authors – these people who’ve gone completely off the deep end believing in the praise and become megalomaniacs in their approach to life. When you look at these people you can see that it’s usually when they start believing in all that stuff people are saying about them that their art, or whatever it is they’re creating, really starts to suck. (laughing)

Right. Sometimes there’s a blurry line between having the determination and confidence to follow your dreams and, on the other hand, that possibility that you’re taking yourself and your whole place in the world a bit too seriously. Is that a harder place to negotiate once you start to get a lot of attention?

So maybe it’s more about intention?

In my opinion, so much of it is really about what you had in mind when you got into it: was it only that you wanted to be a rockstar and see your name in lights? I never really had those kinds of dreams. I knew I loved music and I knew that when I sang in a certain way it made my chest and my whole stomach tickle and I liked it. It still does that same thing to me; I know I’m doing it right when it makes my core tingle a little bit. I get the same feeling when I’m painting a picture or when I get into that almost hypnotic state of writing – those things are incredible and those are the kinds of things that attract me to creativity. Which reminds me of a second thing I wanted to say in response to your question, and that’s that there are all kinds of psychologies inherent in all of this that play a big role as well. You have to consider the way people were brought up for instance, their birth order or their rivalry with their siblings, because all of these things also matter. They can all add up to either inflated egos or deflated egos. It’s not really ever black and white or one way or the other when it comes to what makes a person creative or what makes a life creative or true.

I just had this discussion with a bioethics professor and he said that about half of our personality is stuff that we’re just born with, then about 25% is environmental and psychological, like you were saying, and then the rest of it is just kind of open, it’s what we make of it.

Which is really fascinating because it’s that whole idea of ‘you can lead a horse to water but you can’t make him drink’. I mean, you could bring a child up in the most creative and wonderfully expressive environment and all signs would point to them being a creative and expressive individual as well, but then there are these certain factors that you just can’t control; there’s always this chaos. So it’s really just a question that’s different for every individual. We have to ask what’s true for our own individual self.

Right. I always wonder how much control we have in that sense. For instance, if I have some kind of gene in my family that says I’m going to be an alcoholic, can I beat that? I want to believe most of us can; but it’s so much harder for some people than for others.

It depends on where you’re at in all those chemical and environmental percentages I guess. And I think that can be said not only about addictive behavior but also about behavior in general. Depending on our environment and our parents and the way we were raised it’s probably more likely than not that we’re going to repeat certain forms of our parents behavior and our parents’ parents behavior and so on. There are certain things, certain very basic psychological precepts, which are true maybe 96% of the time, but that doesn’t mean 100% of the time you’re going to repeat those patterns. You always have the chance to step out on your own and break the chain — sorry if I’m sounding cliché here — but it really is like there’s a chain of events that people usually follow through in their lives without really paying that close of attention to what’s actually happening. But every once in a while there’ll be this rogue who’s like ‘Fuck that’ or ‘I’m not going to let my boyfriend hit me’ or ‘I’m not going to be an alcoholic’ and the great thing is that once that cycle is broken it doesn’t repeat itself again; the kids those people have are going to be much more likely to live without those harmful patterns.

I wonder what it takes to be a rogue though, seriously, because sometimes I think it’s just a matter of information and option. Of course it’s also willpower, but isn’t some of it just being aware there are other options?

Well there are probably a lot of people who wouldn’t behave the way they did if they knew there was another option, if they had access to some kind of creativity, just to a typewriter or a paper or a canvas or some kind of way of expression. If people had more access to those parts of themselves they probably wouldn’t be as full of rage as they are about something in their lives right now. It’d give them another way, which might be all they’d need in the end to get to the truth of things, just a different perspective or some other angle or place where they could take a different look at things…